UPDATE: My bad, I completely botched the writeup for today’s winners. If you look at the rundown of winners on the council side you will see that Joshua Pundit won the council’s favor in this week’s contest. That shows you how good all the articles are as I somehow conflated JP’s winning entry with that of The Provocateur. Please see my update below.

The results are in and we have a ton of great reading for all you Weasel Watchers. I have a full day of meetings so I will leave you with excerpts from the top two winning entries. 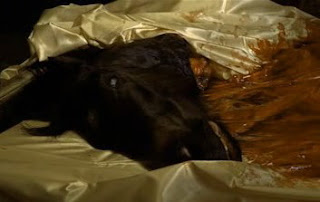 Just seven weeks into his presidency, Barack “Corleone” Obama has gone to the mattresses. His administration has lunged ruthlessly for the jugulars of its critics. His cabinet has more tax cheats than McKellys in a Dublin phone book. Crackdown on lobbyists? Fahgettaboudit. Earmark reform? We don’t need no stinking earmark reform. “Today,” the new don pontificates, “I settle all family business” — e.g., nationalizing the energy industry, socializing the health care system, and federalizing American education.

Obama has parasitically used a correctable housing bubble burst and banking crises to power-grab and commit the country to more spending than at any other time in our history. That upcoming Roland Emmerich movie entitled 2012 is supposed to be about the impending end of the world. But Hollywood doomsday may not be necessary; if this keeps up until 2012, Tic Tacs will cost about $60.

In short, Obama is scaring the hell out of everyone. Every time he opens his mouth, the stock market nosedives. But he isn’t worrying about those “day-to-day gyrations” because the “stock market is sort of like a tracking poll in politics; it bobs up and down.” The country’s net worth is plummeting by the hour — largely due to the seeds of anxiety Obama sowed into the market when trying to pass his porkulus spending splurge — and he speaks about the relative insignificance of the market’s “day-to-day gyrations” as if millions of Americans losing their portfolios and life’s savings was a matter of Chubby Checker’s “The Twist.”

Rome is burning, but how does the godfather respond? By averting attention, of course. By bringing together his wartime consiglieres to go after the Tattaglias, Barzinis, and Moe Greens of his political universe. There’s Jimmy “Ragin’ Cajun” Carville, Paulie “Bag-a-Doughnuts” Begala, and “Rahm-bo” Emanuel — who knows all about making people sleep with the fishes — and Biden can be Fredo, I suppose.

And they’re mad. Oh boy, are they mad. You see, a handful of journalists, television commentators, radio personalities, and private citizens have the gumption to question President Corleone’s economic policies. And that’s a no-no. Never go against the family.

In light of the fact that the U.S. government has endangered the lives of private citizens and their families by ginning up diversionary outrage against AIG execs we can see that Guariglia is spot on. I couldn’t have said it better.

Winning the Council nod is none other than Joshua Pundit. JP gracefully and thoughtfully spells out his advice to Benjamin Netanyahu as the  prime minister-designate works to form Israel’s next government.

It should be obvious to anyone who looks at the matter with a shred of honesty that the Middle East peace process as it now stands is a dead issue.

To show how futile it really is, let’s take a look at the facts as they stand.

We now have a situation where the West’s only course of action seems to be to have its ‘preferred’ Palestinian capo del tutti Mahmoud Abbas cobble together a unity government with Hamas, an admission in itself that all the billions in aid shovelled at Fatah to ‘bolster Abbas’ were simply wasted. Abbas now sits propped up by the West and the IDF in Ramallah without a shred of legitimacy, power or credibility, and any unity government would quickly become a Hamas government in both the Palestinian occupied areas of the West Bank and in Gaza.

And after that happens, the same people pushing for a Palestinian ‘unity’ government will demand that the Israelis somehow negotiate a peace settlement with a genocidal Hamas regime!

It will never happen.

But there is a way to achieve peace in the Arab Israeli conflict..or at least reveal what the real obstacles are, as opposed to the PR. Believe it or not, the solution is in the so-call Saudi Peace Plan of 2002, which has been endorsed by every member of the Arab League.

Please read the whole important article as Joshua Pundit provides a hypothetical speech the Prime Minister could give to the Arab world in an effort to resolve the Arab-Israeli conflict.

In another article from the esteemed council we have an exciting followup to The Provocateur’s latest article on the financial meltdown; this time calling for a major restructuring of the Fed.

In my opinion, the biggest problem with the Fed is that we consolidate an enormous amount of power into the hands of one person, the Federal Reserve Chairman. I would argue with anyone that it is the Fed Chairman that is the most powerful person in the world. That’s because they control our nation’s money supply and the one that controls the money controls everything.

A colleague of mine once told me that the creation of the Fed made it much easier to make war. That’s because the Fed can very easily print money through a variety of sources. By doing so, waging war no longer requires raising taxes like it used to.

What this piece proposes to do is to make the regulatory umbrella of the Federal Reserve even large and include all financial institutions rather than just banks. The problem, in my opinion, is that the Fed Chairman has too much power.

As such, here is my proposal. I would remove the Fed Chairman. Instead, I would continue the current Federal Reserve Board Districts of which there are twelve. There will need to be a head of each district. Each head will be chosen by a Congressional Committee made up of each Congress Person and Senator that serves the district. Most importantly, a super majority of seven would be required for any action worth more than a billion Dollars. Currently, each governor must agree with the Fed chairman however that is almost always a rubber stamp. By creating a decentralized system rather than a rubber stamp, we will have a democratic form of decision making. Furthermore, for any action, the Fed will be required to also publish the dissenting opinion (if there is one) much like the Supreme Court does.

Please enjoy all of this week’s winning entries!