Just as reporters are not supposed to be news, so it goes with PR men. Sean Spicer was a disaster from his first press conference onward. Apparently, President Trump gave him six months to shape up.

Spicer’s gone on the six-month anniversary of that disaster. Anthony Scaramucci is in. Sarah Huckabee Sanders will continue as spokeswoman. Melissa McCarthy’s misandrist days on “Saturday Night Live” are over. 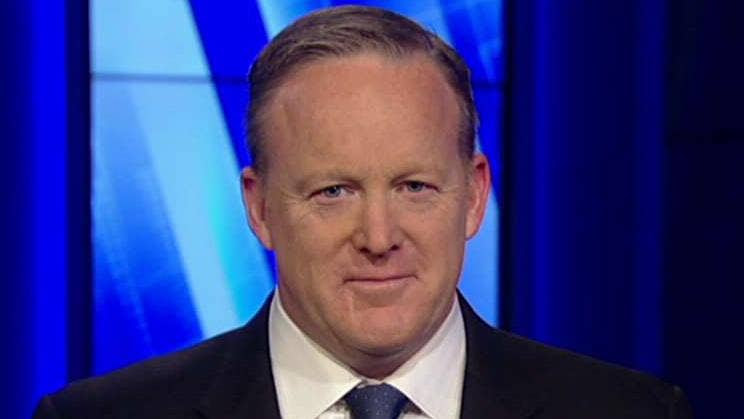 The departure comes not because Trump is getting bad press. That was a given. Bad press is how Trump manipulates the press. And it does not come because Sean Spicer was a leaker (although he may be).

President Trump does not mind bad press as long as it is his bad press.

He also is a better PR man than Sean Spicer, and well, anyone else. He expects to generate his own bad press. He did not need Spicer’s help.

The official line is that Sean Spicer resigned, Trump asked him to stay, Spicer said no, and Trump immediately hired Scaramucci. Trump had Spicer kicked upstairs to communications director.

The New York Times (who may have been tipped during an interview with the president this week) reported:

Mr. Scaramucci, who founded the global investment firm SkyBridge Capital and is a Fox News Channel contributor, is known for his spirited on-air defense of Mr. Trump, but he also enjoys good relationships with journalists from an array of outlets, including those the president has labeled “fake news.”

During the transition, Mr. Trump had planned to appoint Mr. Scaramucci, a 52-year-old Harvard Law graduate from Long Island, as director of his office of public liaison, but the offer was pulled at the request of Mr. Priebus over concerns about Mr. Scaramucci’s overseas investments.

His appointment came two months after the previous communications director, Mike Dubke, stepped down. Mr. Trump was frustrated with Mr. Priebus over the slow pace of finding a replacement, according to a half-dozen people familiar with the situation.

Now for the story the New York Times did not report.

And now, for the rest of the story…

Scaramucci was the victim of a CNN smear job who exacted a price, getting CNN to retract its “investigative report.” That is better than anything Spicer did.

Frank’s story said the Treasury Department and Senate Intelligence Committee were investigating Anthony Scaramucci, an adviser to President Trump during the presidential campaign.

That was a lie.

Frank did such a lousy, slipshod job that CNN retracted the Fake News, and burned the URL for the story the next day.

The day after Frank of CNN reported the story, Breitbart reported: “One anonymous source told him both the Treasury Department and Senate Intelligence Committee are probing a Russian investment fund with ties to several senior finance world leaders close to President Trump. Only problem? Both Trump administration officials and those close to Senate GOP leadership say it’s simply untrue.”

I have hopes for Scaramucci.

Be careful, media. The man has money — and lawyers.

Caution: Readers occasionally may laugh out loud at the media as they read these books. i know I did! Lots.

James Comey: The Real Story Behind His Firing

May 10, 2017 JoshuaPundit Elections, Politics Comments Off on James Comey: The Real Story Behind His Firing

Well, FBI Director James Comey has finally been fired. I can’t imagine why it took so long. Both Attorney General Jeff Sessions and  Deputy Attorney General Rod Rosenstein recommended that President Trump can him after he ‘misstated’ in front of the senate last week about Clinton’s email practices that in [Read More]

CNN Gets Caught Being CNN

By: Mike McDaniel    CNN, the Clinton News Network, has been having a very bad, no good, awful, terrible week. Not only has the White House resorted to conducting only off-camera daily press briefings–that keeps people like CNN’s Jim Acosta from grandstanding on camera–they’ve been repeatedly caught in behavior that [Read More]

Progressive propagandists are making hay out of a statement Press Secretary made for using a Hitler or Holocaust analogy while answering a question about last week’s Syrian chemical attack by Bashar Assad. On Wednesday, MSNBC’s Greta van Susteren interviewed Spicer at Newseum.  The session began with the White House Press Secretary [Read More]