At the very moment — 8:45 a.m. — when New York police were briefing reporters about a terrorist attack, CNN had breaking news of its own. President Trump drinks up to 12 cans of Diet Coke a day. 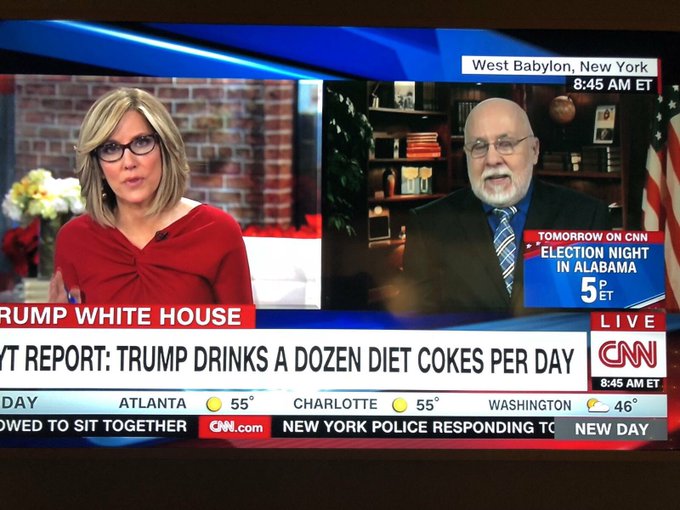 Yossi Gestetner ✔ @YossiGestetner
8:45, more than an hour after the pipe-bomb story broke, CNN was busy with Trump’s diet Coke. Note the ticker at the bottom right of “NYPD responding”

There was an attempted suicide bombing in America’s largest city, and CNN’s reporting on Trump’s Diet Coke consumption.

Paul Joseph Watson ✔ @PrisonPlanet
CNN first with the important news even amidst an attempted terror attack in New York.
John Cardillo ✔ @johncardillo
.@CNN is more concerned with @realDonaldTrump‘s Diet Coke intake than they are with a suicide bombing, during rush hour, during the Christmas season, at NYC’s Port Authority Terminal.

Yet they still wonder why we mock them.

So it was not even an exclusive.

At 8:45 a.m. ET a law enforcement official told reporters, including the Associated Press, that a man had a pipe bomb strapped to him when it went off on a New York City subway platform. That was roughly the same time that CNN was in the middle of a segment that featured the chyron, “NYT Report: Trump drinks a dozen diet cokes per day,” while a large graphic promoting Tuesday’s Election Night in Alabama took up a significant portion of the screen.

Viewers quickly took notice. Media crisis guru Yossi Gestetner tweeted, “More than an hour after the pipe-bomb story broke, CNN was busy with Trump’s diet Coke,” while another viewer asked, “Why are you talking about this!”

Media Research Center Vice President Dan Gainor used the situation to mock CNN’s recent ad campaign in which the network uses an apple in an attempt to combat its “fake news” reputation.

“U.S. News was talking about the bombing at 7:54. Nearly an hour later, CNN is whining about Donald Trump drinks Diet Cokes and watches too much TV instead of reporting about terrorism in New York City,” Gainor told Fox News. “CNN might tell you what it’s giving you is an apple, but if it is, it’s rotten.

CNN’s obsession with President Trump is moving past the point of laughter, and to the point where one would get a restraining order and hope the stalker got help.

On Friday, CNN went after his son with a Fake News report that Donald Trump Jr. may have had a decryption key to DNC emails leaked to WikiLeaks days before WikiLeaks made this public.

Caught in its lie, CNN blamed “sources”– as did CBS and NBC, who also ran with this Fake News.

Given the way CNN prattles on and on about President Trump, maybe the “sources” were voices in its head.

This is group think at its worse. CNN sees Donald Trump as the fount of all evil — the devil incarnate – and will accept at face value any and all gossip, rumor and innuendo about the man.

A bomb goes off in New York City, and CNN ignores it because good gravy, Trump drinks Diet Coke.

The first was “Trump the Press,” which covered his nomination.

The second was “Trump the Establishment,” which covered his election. 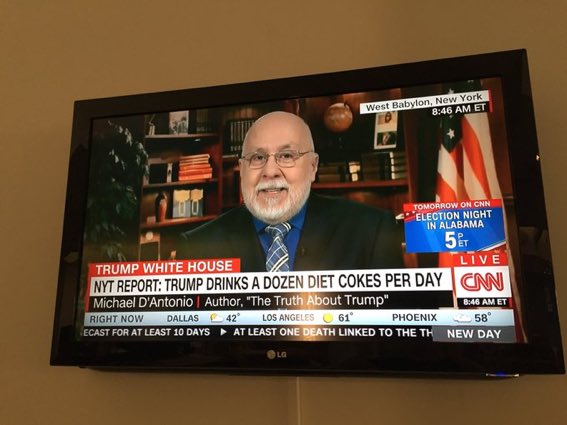 Paul Joseph Watson ✔ @PrisonPlanet
CNN first with the important news even amidst an attempted terror attack in New York.