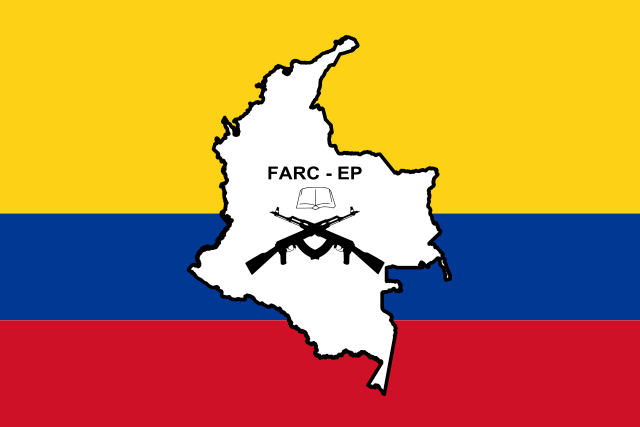 The Marxist narco-terrorrist guerrilla get seats in Congress, and much everything else it wanted:

The accord calls for the state to work with the FARC to mitigate drug trafficking in areas where the guerrillas had influence; permits the rebel group to transform into a political party; establishes a system to investigate war crimes by both rebels and military personnel; and lays out how to compensate victims.

Under the deal, three former rebels would serve in the lower house of congress and three in the senate in a nonvoting capacity, permitting the ex-combatants to have a say in the implementation of the accords, said Sen. Manuel Enriquez Rosero, a Liberty Party politician who supports the process. In the 2018 congressional elections, the FARC would be guaranteed at least five seats in the house and five in the senate, said Sen. Antonio Navarro Wolff, himself a former rebel. The mechanism to permit former rebels to have that many seats will necessitate a constitutional reform that was agreed upon in Havana.

About FaustaW 70 Articles
Fausta Wertz was born and raised in Puerto Rico. She’s a graduate of the University of Georgia and has an MBA from Fairleigh Dickinson University. She blogs at Fausta’s blog on American and Latin American politics, news, current events and culture.
Website Facebook Twitter

One of Argentina’s three submarines has been missing since November 15. The BBC has details, Argentina’s navy says it will take advantage of improved weather conditions to further step up its search for a submarine that vanished last Wednesday in the Atlantic Ocean. Strong winds and high waves have hampered [Read More]

And now for a brief public service announcement

March 2, 2017 FaustaW Elections, Politics, World Comments Off on And now for a brief public service announcement

Dear Dems, Please give up the Russian fear-mongering for Lent. You’re sounding like birthers. Photo by Volna80

What does a former president do after losing an appeal, having a prison sentence extended, and his passport seized? Run again! A federal judge in Brazil has seized the passport of former President Luiz Inacio Lula da Silva and banned him from leaving the country. Judge Ricardo Leite is investigating [Read More]