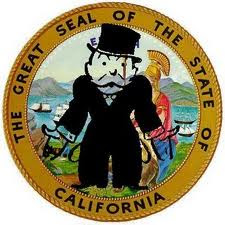 Thanks to the ubiquitous ads from California’s dairy farmers, we all know California cows are happy cows — but how unhappy it must be to be a California cowfish! According to the U.S. Environmental Protection Agency, 98 percent of California’s bays and estuaries are unfit for aquatic life and 96 percent are unfit for fish consumption. Those statistics came from the introduction to the 2004 California Ocean Protection Act (COPA), which also says, “California has some of the most productive, diverse, and unique ocean life in the world.”

Which is it? Are California’s beaches and offshore waters a cesspool on the brink of collapse, or one of the most fabulous natural wonders of the world? Never mind asking John Burton — recently in the spotlight for calling Republicans terrorists — who authored the bill before being termed out and becoming the head of the California Democratic Party. It’s all just legislative hustle to him, words on a page that lead to laws in the books, which foster more bureaucrats becoming more dependent on the Democrats.

COPA and its spawn, the California Ocean Protection Council, caught my eye when the Council’s November 2010 agenda alone included nearly $2.5 million in grants poised for approval. For a state that’s looking down a budget hole of at least $20 billion a year for at least five more years, that seemed like a pretty lush garden of greenbacks. And indeed it is. It turns out that the Council doled out $10,438,316 for grants in 2009; of that, $1.7 million was funded by the feds and the remainder was paid for out of Proposition 50 bonds.

Passed by a 55/45 margin in 2002, Prop 50, the Water Quality, Supply and Safe Drinking Water Projects Act, authorized $3.4 billion in more bonded indebtedness for California so we’d have higher quality water. The last time I checked, drinking ocean water was not considered healthy, so why is the Ocean Protection Council getting any of these safe drinking water funds? Most of those who voted for Prop 50 probably thought the funds would go to make their water, not fishes’ water, safer, but the ballot summary sneaked in a wide-open barn door for future boondoggles, as the fifth of seven allowed uses was “competitive grants for water management and water quality improvement projects.” Burton jumped on that, and wrote COPA so it could raid the Prop 50 coffers, thereby avoiding the legislative hassles added onto bills that will impact the state’s beleaguered General Fund.

So, what are Californians getting for their money — which costs them $227 million a year in Prop 50 interest payments? For starters, at its November meeting the Ocean Protection Council gave a quarter million to a Portland, Oregon outfit called Ecotrust to develop a pilot program for a seafood market at San Francisco’s Fisherman’s Wharf that would be filled with “regionally sourced” seafood in order to promote sustainable fishing practices. Huh? As any visitor to Fisherman’s Wharf can tell you, free market enterprise has already filled the place with fishmongers hawking regionally sourced seafood. Why do taxpayers need to subsidize another seafood stand on the Wharf, and what does it have to do with the clean water voters thought they were voting for when they passed Prop 50?