Faced with what amounts to a revolt from the protesting players on the one hand and the fans outraged at what they see as blatant disrespect for flag and country, the NFL owners decided to pursue several compromises, all of which failed…so now, they’ve resorted to what amounts to race based bribery.

As ESPN reported, the owners sat down with Eagles safety Malcolm Jenkins and former NFL wide receiver Anquan Boldin, who represent something called ‘the Coalition,’ a group that is supposed to be representing the protesting black players. And the owners made them an offer.

If the players act nice and stop sitting, taking the knee and raising fists in the air when our national anthem is played, The owners are willing to give them a pile of cash.The bribe consists of $89 million in donations over seven years to the Coalition and other national organizations, according to ESPN, and franchises would also contribute to local charities. You can only imagine what some of those consist of. Twenty-five percent of the portion of the money for national initiatives would go to the United Negro College Fund, 25 percent to Dream Corps and 50 percent, almost $45 million to the Coalition itself. Which has already filed papers to qualify as a tax exempt non-proft. That means they can invest that money for profit tax free as long as a small portion of it can be shown to be used for charitable donations. Just ask the Clintons how lucrative that can end up being!

The players have learned  well from the likes of Al Sharpton, Jesse Jackson on other ‘activist’ race pimps. And as you see from who’s getting the money, you’ll see exactly what I mean by raced based bribery.  And as far as I’ve been able to find out, there aren’t any white or Latino players in the Coalition either.

The ironic thing about it is that even if the Coalition accepts this and the owners shell the cash out, it isn’t going to have any effect whatsoever.

For one thing, a number of the players the Coalition supposedly represents are now saying the Coalition doesn’t represent them at all, and that they’re not bound by any deal. Among them are 49ers safety Eric Reid (one of the first players to jump on Colin Laepernick’s wagon and take the knee with him) and Dolphins safety Michael Thomas, who announced via Twitter that the Coalition doesn’t represent them. And they’re by no means alone. The black players are apparently having disagreements between various faction over whether to go for more money and exactly how the booty is to be divided.

Not only that, but if the main reason for the bribe is stopping the protests to get the fans back to the games, buying NFL merchandise and watching the games on TV,  that isn’t going to happen even if the protests stop. There are literally thousands of former NFL fans who have tuned out forever, and won’t be back. Not only were they disgusted by the protests themselves, but by the cowardly PC pandering of Roger Goodell and the other owners to the protests. 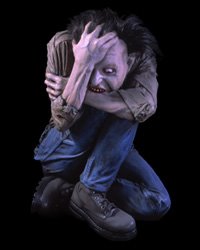 The NFL owners could have stopped this last years had they simply abided by their own rules as stated in the NFL Games Operation Manual.

Instead, they decided to try an appease the black protesting players. That tactic never works in situations like this. The perpetrators always ask for more, more, more.

The NFL might be able to limp along, but it will never be the major sporting franchise it once was. Those days are over. Especially if they try to bribe their way out of it.

NFL protests are based on lies

From the time Colin Kaepernick first “took a knee” during the national anthem last season the left have hailed him as heroic, and praised him for raising awareness, and protesting inequality, and police brutality. The media, of course has been eager to carry these narratives because the media loves nothing [Read More]