It must be something in the water. or to much pakalolo, Bruddah. Literally moments after the Supreme Court unanimously approved most of Trump’s travel ban on 6 nations with well entrenched terrorism movements and/or a history of supporting terrorism, the State of Hawaii filed a court challenge to suspend it again.

The state asked a federal judge to clarify that the administration cannot enforce a temporary ban against certain U.S. connections. Want to bet they went to federal Judge Derrick Watson in Hawaii again?  He’s the judge who originally somehow found that President Trump’s  travel ban violated the establishment clause of the First Amendment, which reads: “Congress shall make no law respecting an establishment of religion, or prohibiting the free exercise thereof.” 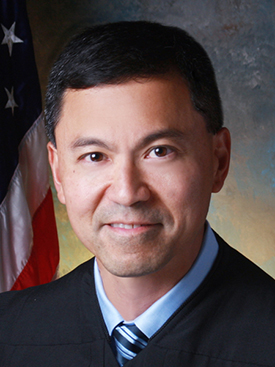 Since the travel ban doesn’t mention religion at all, does not ban travel from most Muslim countries (and all the banned countries, while predominantly Muslim have significant non-Muslim minorities) Judge Watson relied not on the actual substance of the president’s executive order, but on his personal interpretation of statements the president made on the campaign trail. I mean, why bother about actually ruling on the order’s actual legal content?

Judge Watson, of course, is a long time crony of former President Obama, a classmate of Obama at Harvard and of course an Obama appointed judge.

President Trump’s travel ban went into effect on Thursday at 8:00 p.m. Eastern Time. two days after the U.S. Supreme Court made its decision. The Hawaii legal challenge was filed almost immediately after.

President Trump’s travel ban applies to all citizens of 6 countries except those who have significant ties to the United States, limited to visiting  spouses, parents, children, siblings or sons- and daughters-in-law.

The Hawaiians want to extend that to – wait for it – fiancés, grandparents, grandchildren, brothers-in-law, sisters-in-law, aunts, uncles, nieces, nephews, and cousins among others. Since literally anyone can claim they are someone’s ‘fiance’,’cousin’ ‘uncle’ or ‘aunt’ et cetera and almost none of these people have any actual documentation of these family ties, this is an attempt to make President Trump’s travel ban essentially meaningless. These swine are willing to risk American lives and national security in order to use lawfare and play partisan politics.

If I were the president and a judge actually approves this, I would have any judge who cooperates with this nonsense arrested and try him for obstruction of justice and violating federal law, along with AG Chin. Let the Supreme Court rule on that when they come back in session.

It’s time these ridiculous and dangerous antics were ended once and for all.