American muscle cars define the term. Seriously, they do – according to Merriam-Webster: “Any of a group of American-made 2-door sports coupes with powerful engines designed for high-performance driving.”

But to answer your question – which poses a rather interesting challenge – let’s remove the term “American-made” and what do we have left? Here are some of my personal favorites.

Is it rude to consider a Porsche a muscle car? Perhaps, but a Porsche is like a body-builder wearing a well-tailored Armani suit who exhibits impeccable manners in public. Until you get it out on the open road and then… Well, for the lucky owners who appreciate the power and finesse of German engineering, magic happens. And nothing embodies that magic like the classic 911. 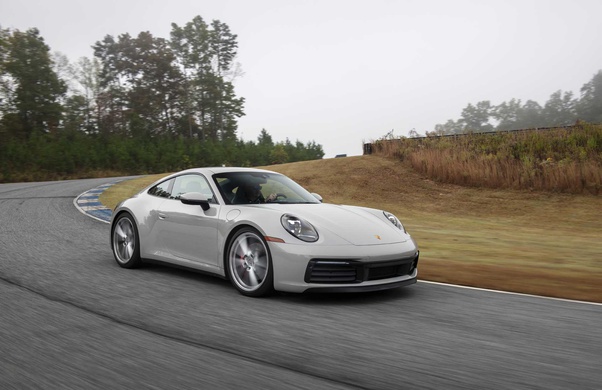 The Porsche is not as loud as American muscle cars- but the sound of its engine conveys power. Ask a gearhead, and chances are they’ll be able to identify the sound of a Porsche over other cars, with the true connoisseurs able to narrow it down to a particular model and year.

Whereas American muscle cars aren’t known for subtleties like cornering (speaking as someone who can lose the rear-end of a Mustang without even trying), the Porsche is made to hug the tight curves and narrow lanes of European roads. Although I can’t afford one, and will never own one, I hate to admit that I do love this car and have since I saw Tom Cruise sink one into Lake Michigan in the movie Risky Business.

For the next car we travel to the other side of the world to the Land of the Rising Sun, my old (and Godzilla’s) stomping grounds for the Nissan GT-R.

I’ve liked Nissans for over 50 years when my father bought a Datsun and it rusted out seemingly within weeks after a St. Louis winter. But while it was a rust-bucket, it showed promise, and that promise came to fruition with one of my all-time favorite cars, the Datsun 280z. 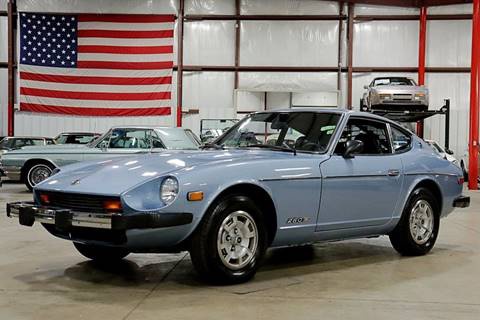 The 280Z had a smaller engine, producing only 170hp at the time, but a later turbo boosted that, along with an impressive power to weight ratio and made them popular with drivers who wanted something different than the grossly overweight under-powered Z28’s and TransAms that ruled the American road of the time. Back then the owners of those American cars didn’t realize just how much the brands had been neutered by their makers to improve fuel economy standards. And they were heavy, making them slow off the line – easy pickings for the nimble 280z.

The GT-R is the well-engineered descendant of the 280z, with a 565hp engine delivering 467 lb-ft of torque. While not as familiar to the American audience as its top selling predecessor, the GT-R has serious muscle that will turn heads at the track, especially when paired against the Mustang and Camaro.

Finally, I’m going to praise a car I personally own – a combination of European style with Japanese engineering: the Fiat Spider 124, based on the Mazda MX-5 Miata.

The Mazda MX-5 Miata is a great little sports car and has been extremely popular in the USA for over 20 years. Starting in model year 2017, Fiat decided to work with Mazda to create the Fiat 124 Spider. The Spider takes the well-tested engineering of the Miata and adds Italian styling, springs, dampers, roll bars and gear box to create a car that looks and feels different from its all-Japanese sibling.

Back in the 1980s there was a commercial for Reese’s Peanut Butter Cups that had the tagline “Two great tastes that taste great together,” that taught Americans peanut butter and chocolate were a great combination – as if this Land of Diabetes didn’t know it already. 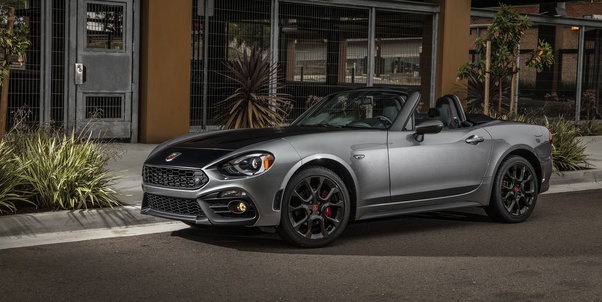 The Spider is the sports car example of that. The Italians know styling and driving, and the Japanese know how to make well-engineered cars that don’t fall apart when you’re on I-5 in San Diego doing 70mph in the passing lane (yeah, I have a “Fix It Again Tony” story of my own like most Fiat owners).

I own a Ford Mustang GT and the Spider and both are very different cars, but to quote a famous Japanese woman, both “spark joy” behind the wheel and have muscle when you need it – thanks to the Spider’s 4 cylinder turbo. While the Mustang is pure, flag waving, American muscle, the Italian-Japanese Fiat 124 Spider will get the blood pumping when you hit the accelerator just as well.

Sadly it appears Fiat is leaving the US market (at least with Fiat branded cars. It still owns Chrysler/Jeep) and it’s likely the Spider will no longer be available in the coming years. But its sibling the MX-5 Miata continues to sell well and will be around for awhile.