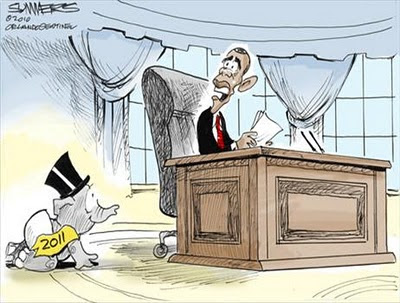 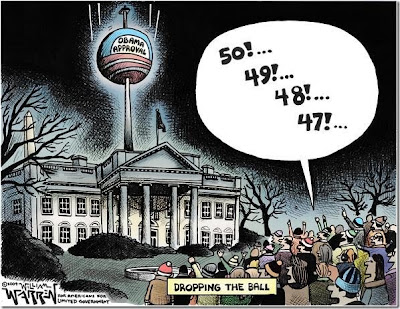 Welcome to the results of the last Watcher’s Council contest of 2010. And it’s been quite a year, hasn’t it?

2011 promises to be even more interesting, and you can bet that the Watcher’s Council will be chronicling it.

Best wishes for the New Year to our readers from myself and the other members of the Watcher’s Council!

Appropriately, this week’s crown went to a recap/prediction piece on what could be in store for 2011.

In the Glittering Eye’s winning entry, Domestic Sitrep Dave Schuler focused on an analysis of where we are now and where we might be headed:

As the year draws to a close it seems appropriate to take stock of the conditions in which we find our country at the end of 2010. In this post I’ll consider three areas: the economy, politics, and the environment. I also plan to post a similar assessment of the international situation at the end of the year over at Outside the Beltway.

The economy is essentially moving sideways. The level of employment continues to deteriorate and the unemployment rate, at least to some degree an artifact, remains at 9.8%. The decrease in employment renders the unacceptably high unemployment rate that much less acceptable. {…}

The political situation at the close of 2010 remains uncertain. The November elections produced the largest change in the part affiliation of the House of Representatives since the end of World War II. Many of the incoming freshmen ran with Tea Party support or on a Tea Party-style platform. The upcoming months will show whether they genuinely believe in the small government gospel they’ve preached or whether they differ from their Democratic opponents primarily in how they want to spend tax dollars and the borrowed money on which the federal government depends.

Is he right? Time will tell.

Our non-Council winner was Discriminations for Journalistic History Lessons (Or Not) a fascinating piece in which the writer, John Rosenberg gives a very well written history lesson to the WAPO’S clueless E.J. Dionne on the causes and issues surrounding the Civil War.

See you next year!