“A nation that cannot control its borders is not a nation.”
― Ronald Reagan

“The happy and powerful do not go into exile, and there are no surer guarantees of equality among men than poverty and misfortune.”
― Alexis de Tocqueville, Democracy in America

“Illegal immigrants are to immigration what shoplifters are to shopping.”
― Jerry Agar 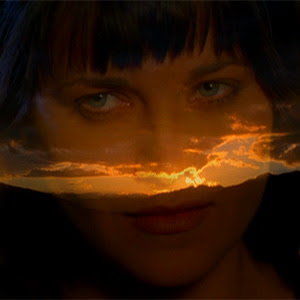 This week’s winner, The Noisy Room’s  Capsizing the Republic – Cloward and Piven on the Southern Border   is a look at the illegal immigration issue from an interesting standpoint – as a tool of a Cloward-Piven strategy to destroy th eAmerican Republic. Here’s a slice:

Glenn Beck pointed out last week that we, as a nation, are being ruled by 535 people in the Congress – 535 politicians are forcing 350 million into accepting Amnesty and the majority don’t want it. Why are we letting this happen? When will enough be enough and we stop the insanity? Essentially, they are erasing our borders and overwhelming our Republic with illegal aliens. It’s an invasion that is being invited in by treasonous individuals on both sides of the political aisle who stand to gain from the destruction of America, the plundering and redistribution of our resources, and the subjugation of the freest society the world has ever known. Why would they do it? The answer is as old as time itself: money and power.

In a clever plan that was communist in its inception and by its design, the Cloward and Piven Strategy has been used successfully in regards to Amnesty. David Horowitz of Discover the Networks defined it succinctly:

The strategy of forcing political change through orchestrated crisis. The “Cloward-Piven Strategy” seeks to hasten the fall of capitalism by overloading the government bureaucracy with a flood of impossible demands, thus pushing society into crisis and economic collapse.

And that is exactly what Amnesty will do and in fact, is already doing here in America. Now, due to a loophole, a literal flood of so-called “asylum seekers” are surging across the border, overwhelming the border authorities, while using predetermined code words that will get them protection here in the US:

And this has been on the rise recently. From Gateway Pundit:
A loophole is allowing hundreds of immigrants across the Mexico border in to the United States.

Immigrants are being taught to use “key words and phrases” to be allowed to enter and stay in the country.

Just this past Monday, Border Patrol agents say about 200 people came through the Otay Crossing claiming a quote: “credible fear” of the drug cartels.

So many were doing this that they had to close down the processing center and move the overflow by vans to another station.

“They are being told if they come across the border, when they come up to the border and they say certain words, they will be allowed into the country,” said a person who did not want to be identified on camera. “We are being overwhelmed.”

In our non-Council category, the winner was Mark Steyn  with Know Thine Enemy submitted by The Noisy Room. It’s Steyn at his best examining the Major Nidal Hassan military trial and what it says about the state of our western society. Do read it.

OK, here are this week’s full results. Only The Mellow Jihadi was unable to vote this week, but was not subject to the usual 2/3 vote penalty.: