This week has been a celebration of hope and freedom, with Passover starting last Monday night and continuing through the weekend until next Tuesday. Which of course also coincides with Holy Week which culminates this weekend with Easter Sunday. This linkage is entirely appropriate, since Jesus had come to Jerusalem for the Passover ceremonies and the famous Last Supper was a Passover Seder…the ritual meal where Jews all over the world retell the story of the Exodus, celebrate their G-d-given freedom and eat the unleavened bread, matzoh, to commemorate their ancestor’s journey and deliverance from bondage and slavery. 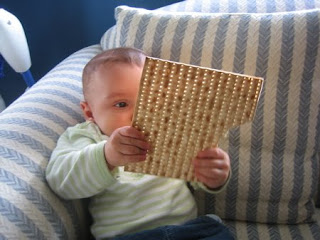 The story of the Resurrection is a story of freedom too…freedom of the soul, and a promise of eternal life to believing Christians who understand what the rolling away of the stones means for them. 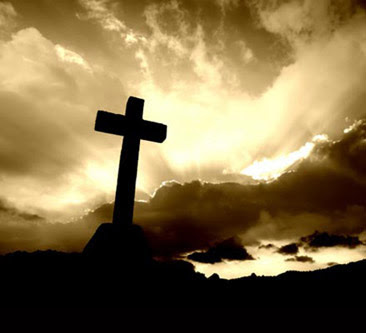 Both holidays change their dates on our calender from year to year, Passover or Pessah in Hebrew because it is based on the centuries old Hebrew calender, and Easter because the early Church fathers determined that Easter is always celebrated on the Sunday immediately following the Paschal Full Moon date of the year, which always occurs after Passover.

However, it’s rare that the two holidays occur this close together, and in this momentous year, when Judeo-Christian values seem to be under siege, I likewise see in that a sign of hope for the future.

I and my friends on the Watcher’s Council wish you and yours Chag Pessach Sameach and a blessed Easter.

Allah’s Apostle said, “Whoever changed his Islamic religion, then kill him.” – Hadith Bukhari (84:57)

“People ask me if I have some kind of death wish, to keep saying the things I do. The answer is no: I would like to keep living. However, some things must be said, and there are times when silence becomes an accomplice to injustice.” – Ayaan Hirsi Ali

This Week’s winner, Joshuapundit’s–An Honor Killing On Campus is my reaction to the decision of Brandeis University to withdraw an honorary degree and a chance to address commencement ceremonies from writer, thinker and women’s rights activist Ayaan Hirsi Ali under pressure from Muslim Brotherhood fronts and a few scared and clueless lefties. Here’s a slice:

She was raised as a Muslima in Somalia and Saudi Arabia, survived female genital mutilation, beatings, abuse and various aspects of Somalia’s internecine clan warfare and became a devout member of the Muslim Brotherhood, after which her questions about Islam and the life she was leading led her to escape being ‘given’ in marriage to a distant male relative she had never met.and flee to Holland. There, she was granted Dutch citizenship and eventually became a member of the Dutch parliament where she became a voice alerting the people of her adopted country to the menace of radical Islam, and against the abuse of Muslim women and children in the Netherland’s Islamic ghettos.

She later collaborated with the late filmmaker Theo Van Gogh on a film called ‘Submission’, which chronicled the plight of many Muslim women victimized as she was by the traditional tribal culture.The film caused a firestorm of protest among Muslims. Van Gogh was murdered in broad daylight by a fanatic Muslim while cycling to work one morning in 2004 and then had his corpse ritually mutilated. A note was pinned to Van Gogh’s corpse promising Ayaan Hirsi Ali that she was the next target, with explicit Qu’rannic details of her `crimes against Islam’ as an ‘apostate’, a death sentence in Islam. Other death threats followed, and Ayaan has lived under 24 hour security protection ever since.

She went through the experience of being forced to move out of her apartment because her Dutch neighbors were annoyed that the security protection ‘inconvenienced them’ and because they were afraid that the violence directed towards Ayaan Hirshi Ali might involve them. And the Dutch government, which was obligated to pay for her security as a member of Parliament also disliked the cost, the inconvenience and the political stigma of protecting an ‘enemy of Islam’ in a country that’s over 25% Muslim, so they found a trumped up reason to take away her citizenship and force her to step down from her seat in parliament. Whereupon, she came here to America and became a noted author and speaker. You can read her story in her books ‘Infidel’, ‘Nomad’,and ‘The Caged Virgin.’

So Brandeis decided to honor Ayaan Hirshi Ali. She was to be their commencement speaker and receive an honorary degree.

But when the local chapters of Muslim Brotherhood fronts like CAIR and the Muslim Student’s Association heard about this, they went absolutely ballistic and were able to rope in enough guilty and frightened non-Muslim Lefties to go along with the mob to get Ayaan’s honorary degree ‘rescinded’ and her invitation to speak revoked.

“This is a real slap in the face to Muslim students,” said senior Sarah Fahmy, a member of the Muslim Student Association who created the petition said before the university withdrew the honor.

“But it’s not just the Muslim community that is upset but students and faculty of all religious beliefs,” she said. “A university that prides itself on social justice and equality should not hold up someone who is an outright Islamophobic.”

Thomas Doherty, chairman of American studies, refused to sign the faculty letter. He said it would have been great for the university to honor “such a courageous fighter for human freedom and women’s rights, who has put her life at risk for those values.”

Ibrahim Hooper, a spokesman for the Council on American-Islamic Relations, the nation’s largest Muslim advocacy group, said, “It is unconscionable that such a prestigious university would honor someone with such openly hateful views.”

The organization sent a letter to university President Frederick Lawrence on Tuesday requesting that it drop plans to honor Ali.

“This makes Muslim students feel very uneasy,” Joseph Lumbard, an American convert to Islam and the chairman of Islamic and Middle Eastern studies, said in an interview. “They feel unwelcome here.”

In our non-Council category, the winner was Mark Steyn with a superb piece on the Nevada standoff between the Bundy family and the Bureau of Land Management,The First Amendment is Not an Area submitted by The Noisy Room. Mark Steyn is absolutely on fire in this one…A must-read.

Here are this week’s full results. Only The Colossus of Rhodey was unable to vote this week, but was not affected by the 2/3 vote penalty: