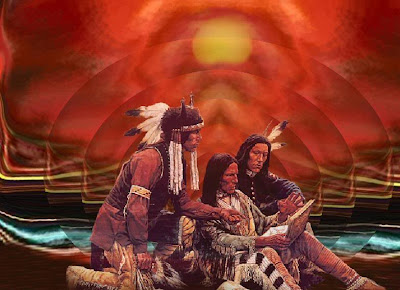 The Council has spoken, the votes have been cast, and the results are in for this weeks’ Watcher’s Council contest, carved eternally in the records of our secret archives hidden in a forgotten Knight’s Templar headquarters near Islay.

This weeks’ winner by a nose in the Council category, Joshuapundit‘s The Secret Blue State Plan To Steal The 2012 Elections focused on a well funded, well organized and little known plan by prominent Progressives to make the electoral college irrelevant and disenfranchise the voters of individual states in national elections by legislative diktat and examined who’s behind it. Here’s a slice:

The deep Blue states above all have something in common. They’re all ruled by solid Democrat majorities in their State Legislatures and they’ve all passed legislation designed to favor Democrat urban strongholds, disenfranchise less populated Red States and have a decisive effect on the 2012 election.

And very few people know about it.

The legislation is known as The National Popular Vote bill, and there’s an ongoing attempt to get it passed in as many states as possible. It’s mainly being championed by Democrats, with a sprinkling of Republicans to give it the aura of ‘bi-partisanship’.

The states above control 138 electoral votes. Because they’ve all signed on to The National Popular Vote Act, those electoral votes will automatically go to the candidate who gets the most popular votes nationally – regardless of how the citizens of these states actually vote.

For instance, let’s say that in 2012 the largely Republican voters in downstate Illinois and some of the suburbs manage to outvote the Democrats, corpses, illegal aliens and vagrants put together by the ward bosses and the machine in Chicago and Cook County. Because the Democrats in the Illinois Legislature have managed to push the National Popular Vote Act through, Illinois’ 20 electoral votes would go not necessarily to the Republican candidate the majority of voters in the state chose but to whichever candidate got the majority of votes nationally. If Barack Obama were to win the popular vote nationally by even as little as 100 votes, Illinois’ 20 electoral votes will automatically go him.

This scenario is also known as Al Gore’s wet dream.

None of these states held a referendum on this. It was all done by legislative fiat.

In our non-Council category, the winner was Christopher Hitchens‘ reflection on the lessons and legacy of 9/11, Simply Evil submitted by The Watcher.