“Some of us think holding on makes us strong; but sometimes it is letting go.” – Hermann Hesse

“Alliances are broken from considerations of interest” – Niccoló Machiavelli, The Discourses, 1517 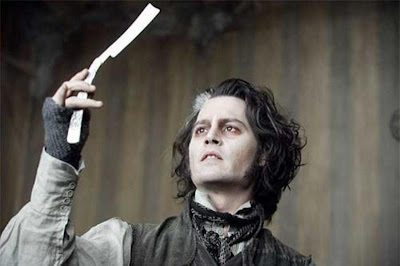 This week’s winner,The Razor’s –The Razor – Kick Turkey Out Of NATO is a persuasively written essay that embodies the thoughts expressed above..it makes little sense to hold on to an alliance that really isn’t one. Here’s a slice:

Lord Palmerstone once noted that nations do not have permanent allies, only permanent interests. This statement assumes that a nation always acts in its own best interest, and this assumption is the basis for the realist school of international relations. Realists always expect national actors to do what is best for themselves. If an action does not benefit the nation in any particular way, or worse threatens it, then one cannot reasonably expect it to act even though one might think and others might agree that it is the right course of action. In international relations at least according to the realist school, there are no completely altruistic acts by nations or their actors.

I’ve been rooted in the realist school of international relations well before I got my degree in political science, having grown up while Henry Kissinger acted as Nixon’s national security advisor and later secretary of state under him and his successor Gerald Ford.Realists not only expect nations to act in their best interests, but regimes and the organizations constituting them to do the same. In statecraft realists aren’t surprised when regimes do what’s best for them even when it might compromise or damage others, but are willing to act in their own best interest when the opposite party acts in theirs.

Case in point: Turkey. Under the regime of Recep Erdogan for the past 12 years Turkey has been acting in the best interest of Erdogan and his ruling party the AKP. Erdogan is an Islamist in a nation where political Islam had been banned for decades after its re-founding under Kamal Ataturk. While Ataturk and the secularists saw Europe as a useful ally that would strengthen Turkey and their regime in the Middle East, Erdogan has instead positioned Turkey as the next Islamic Caliphate more in line with the Ottoman Empire of the 17th century rather than secular and Democratic Western Europe.

Perhaps the biggest interest Erdogan has besides the desire to remain in power is to avoid empowering the Kurdish minority within Turkey. Unlike the Palestinians, the Kurds have a much longer claim to their land stretching from northern Syria across southeastern Turkey, northern Iraq to Iran. One commonality between Erdogan and his secular predecessors has been the oppression of the Kurds in Turkey and their nationalist aims. The no-fly zone established in northern Iraq after the first Gulf War led to autonomy under Saddam and later the post-Saddam Iraqi government. Iraqi Kurds are as close to independent as Kurds have ever been, and their Syrian, Iranian and Turkish cousins recognize this.

From Erdogan’s perspective the decimation of the Syrian Kurds by the Islamic State (IS) is welcome. It weakens the Kurdish cause by reducing the number of Kurds in the region. Plus the Syrian Kurds were also strong supporters of the PKK, Turkey’s al-Qaida. From the realist perspective Erdogan will not act against IS on behalf of the Kurds unless there is an even greater, more pressing interest to do so.

And that’s the problem. Current American and European leadership is run by idealists not by realists. American and Europeans leaders simply do not understand why Erdogan and to more worrying degree Vladimir Putin act the way they do. To them bombing Kurds in Turkey instead of IS in Syria makes absolutely no sense just as annexing Crimea and dismembering Ukraine. They do not see the world the way Erdogan and Putin do, but realists do. Realists recognize that Putin and Erdogan will only act when the pressure applied to them is real and painful.

For Erdogan that pressure should include Turkey’s rejection from NATO and any possible future admittance to the EU under his regime. If Turkey acts in its own interests, so should the EU and the United States. The truth is that instead of being a beacon of secular Islam as Turkey once was, Turkey under Erdogan has become just another corrupt, Islamic Middle Eastern dictatorship with caliphate dreams. Turkey has condoned the rise of IS as well as backed other terrorist groups such as Hamas. It has kept a tight leash on the American base in Incirlik, preventing it from participating in the second Gulf War and in attacks on IS.

More at the link..

In our non-Council category, the winner was Volokh Conspiracy’s – Can ministers who make a living by conducting weddings be required to conduct same-sex weddings? submitted by Rhymes with Right. The piece examines the latest bit of bullying by same sex marriage advocates.

Here are this week’s full results. The Right Planet, The Independent Sentinel and Ask Marion were not able to vote this time out. None were affected by the usual 2/3 vote penalty for not voting.