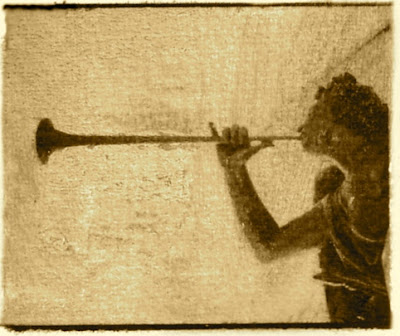 The so-called Arab Spring is rapidly turning into an Arab winter. And as this week’s winner, Joshuapundit’s The New Egypt – Bankrupt And Sinking Fast writes, it’s not likely to be a pleasant time in Pyramid Land:

All hail the wondrous Arab Spring!

It is one year ago today that the protests in Cairo’s Tahrir Square began that ended in the fall of the Mubarak regime. It was fitting that President Obama mentioned it last night in his State of the Union Address, since he had a major role in that ‘wave of change’, calling for Mubarak’s ouster and signalling to the Egyptian military whom now control the country which way to turn.It’s well worth examining how things are going.

The parliamentary elections have been held, and the Islamist Muslim Brotherhood and the hard core Salafist al-Nour Party won – surprise!- over 75% of the seats.The FaceBook and Twitter liberals in places like Cairo and Alexandria everyone in the West was so in love with proved to be a negligible political force, and Egypt is likely headed towards an Islamist Republic as soon as the proper arrangements are made with the Army.

The Army originally had ideas of a government that had little civilian control over the military or is it’s budget, ala’ the old Turkish model. In response, Islamists played their cards quite cleverly, gradually fomenting discontent against military rule and instigating violent riots after Friday prayers over the military’s refusal to turn over power to a civilian government. The riots resulted in a harsh series of crack downs that effectively turned the military from the people’s heroes during the Revolution into oppressors and the chief villains opposing ‘democracy’. Between September and the end of December, something like 100 demonstrators were killed by the Army and police, while hundreds were injured and arrested.

The military junta’s tactics also turned the Brotherhood and the Salafis into heroes, and the election results show how effective their tactics were. The Egyptian military will almost certainly have to make the same devil’s bargain with the Islamists that the Iranian military did.

So Egypt is likely headed towards Islamist rule, but the country’s future is looking increasingly grim. Egypt’s economy is essentially collapsing from within.

After the Lara Logan gang rape and the widespread scenes of unrest, most of Egypt’s tourism industry is dead, and the rest will likely collapse as soon as the Islamists take power and put sharia law in place to outlaw alcohol, bikinis and mixed bathing on beaches.

Increased sectarian violence against Egypt’s Coptic Christians, who largely supported the Revolution, is ensuring that a large group of Egypt’s more prosperous and educated citizens are emigrating in droves.

Investors are unwilling to buy Egyptian bonds even at double digit interest rates, which means that Egypt’s ability to borrow is being cut to the bone. No one wants the Egyptian pound. The only Egyptian bonds anyone wants to buy are dollar-denominated treasury bills. After the results of the last election, currency flight has become a major problem, as anyone with money is stashing it overseas as fast as they can in euros or dollars, preparing for a relocation out of the country.

In our non-Council category, we had a tight race, but in the end the winner was Alisina.org for What Is My Identity? submitted by Joshuapundit. What’s it about? I suggest you go read for yourself and make up your own mind. I guarantee you won’t be unaffected by it.