There’s an old saying that opinions are like a certain orifice in the body..everyone has one. What is also true in my experience is that the opinions of some people frequently resemble the product of that nether orifice..without the utilitarian benefit of helping flowers and other useful plants grow.

Governor Mitt Romney made a trip to Israel not too long ago,where he was received quite well. As someone who has little bit of knowledge and experience of the region, it’s fairly obvious to me (and apparently to the majority of Israelis) that Governor Romney is either being very well advised on the Middle East or, not being a stupid man, has grasped some essential realities about the place.Perhaps both. 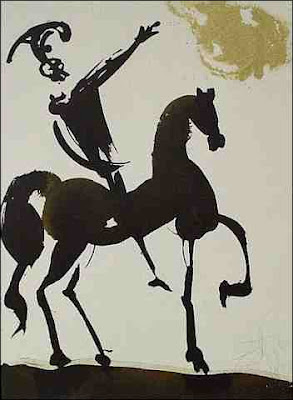 Apparently a growing number of Jewish voters in America get that same sense, which meant the Obama Administration sent out the call to some of its surrogates to go into full attack mode on the matter. In this week’s winning piece, Joshuapundit’s Tom Friedman Beclowns Himself On Israel – Again, I examined in detail one of the more execrable of these surrogates and a column he wrote in Pravda-on-the Hudson that was notable – even for him- for the blatant untruths it contained, even descending to some classic anti-semitic libels. Here’s a slice:

You know, you have admire Tom Friedman, in a way.

No matter how often he’s been proven wrong by events, no matter what has happened in the interim, he still thinks it’s 1992 and the Oslo Accords are brand new and untested.

And not only does he remain clueless, but he feels the need to double down on his mistakes.

His latest op-ed in Pravda-on-the-Hudson is an absolute scream, and proof that Mitt Romney may have made some significant in roads into the Jewish vote by his Israel stance. So Obama’s number one shill has been deputized to herd them back into the corral.

You see, only President Obama and Democrats are allowed to get Jewish votes, and anyone like Sheldon Adelson who strays off the plantation is to be considered a renegade and demonized.

Take a look at this .There is literally not a factually correct sentence in it:

Much of what is wrong with the U.S.-Israel relationship today can be found in that Romney trip. In recent years, the Republican Party has decided to make Israel a wedge issue. In order to garner more Jewish (and evangelical) votes and money, the G.O.P. decided to “out-pro-Israel” the Democrats by being even more unquestioning of Israel. This arms race has pulled the Democratic Party to the right on the Middle East and has basically forced the Obama team to shut down the peace process and drop any demands that Israel freeze settlements. This, in turn, has created a culture in Washington where State Department officials, not to mention politicians, are reluctant to even state publicly what is U.S. policy — that settlements are “an obstacle to peace” — for fear of being denounced as anti-Israel.

Add on top of that, the increasing role of money in U.S. politics and the importance of single donors who can write megachecks to “super PACs” — and the fact that the main Israel lobby, Aipac, has made itself the feared arbiter of which lawmakers are “pro” and which are “anti-Israel” and, therefore, who should get donations and who should not — and you have a situation in which there are almost no brakes, no red lights, around Israel coming from America anymore. No wonder settlers now boast on op-ed pages that the game is over, they’ve won, the West Bank will remain with Israel forever — and they don’t care what absorbing all of its Palestinians will mean for Israel’s future as a Jewish democracy.

Let’s start from the very beginning. It was the Democrats who decided to make Israel a wedge issue,and they needed to do it because they nominated someone for president with far more anti-Semitic and ‘anti-Zionist’ close associations and baggage than any other presidential candidate in history. They did it because they needed to make Barack Obama’s questionable views and history on Israel mainstream and acceptable. That’s why George Soros created J-Street, and why Jews like Ed Koch, Sarah Silverman, Dennis Ross and Alan Dershowitz were deputized to perform in one of the greatest political con jobs in history.

And let’s remember..it wasn’t Barack Obama who shut down the so-called peace process, it was Palestinian unelected Gauleiter Mahmoud Abba. And Abbas did it because President Obama did something Friedman has advocated for years and that no U.S. president had ever done before. he made any Israeli building in Judea and Samaria or in all of Jerusalem a major, toxic issue.

Not only did he and Secretary of State Hillary Clinton outright lie and repudiate written assurances and guarantees President Bush made Israel as part of the Road Map, but coming into office with an animus against Israel nurtured by long time associates like Edward Said, Reverend Wright, Bill Ayers and Rashid Khalidi, the president was convinced that Israel was the problem and that pressuring them was the solution. So the president not only created a hostile climate with the Israelis but gave assurances to Abbas and the ‘Palestinians’ that he could deliver the Jews on a platter.

Of course, after that Abbas refused to negotiate anything unless all his demands were met in advance, and naturally Abbas consistently vowed he would not make a single concession to Israel.

So when President Obama couldn’t deliver the Jews as he had promised, Abbas turned intransigent, and accused President Obama of leaving him ‘up a tree’. After which he and his minions declared the Oslo Accords dead , thus nullifying the entire basis of the agreement between Israel and the ‘Palestinian’ Authority.And then, doubling down, Abbas signed a unity agreement with the genocidal Hamas.

While Abbas may never have actually had any serous intent on negotiating anything, it was President Obama who created the preconditions that now hold things up, at least according to the ‘Palestinians’. As Mahmoud Abbas himself related, it was President Obama’s idea to make a building freeze a major issue when it wasn’t before, even to the point of creating a major diplomatic incident between the US and Israel over what was essentially a local zoning issue and then harshly criticizing Israel for rejecting an offer to resume the freeze that the US never made in the first place.

Friedman has boasted before that President Obama ‘listens’ to him on Middle East policy. I can well believe it.

In our non-Council category, the winner was Victor Davis Hanson with California: The Road Warrior Is Here submitted by Joshuapundit. It’s a report on the ground of how California is reverting in many areas to a virtually lawless and uncontrolled wasteland. And living in the state as I do, I can verify that VDH is not exaggerating.

OK, that said, here are this week’s full results. Rhymes With REight was unable to votye this week, but was not subject to the mandatory 2/3 vote penalty:

See you next week! Don’t forget to tune in on Monday AM for next week’s Watcher’s Forum, as the Council and their invited guests provide short takes and explore one of the provocative issues of the day…don’t you dare miss it. And don’t forget to like us on Facebook and follow us on Twitter..’cause we’re cool like that!