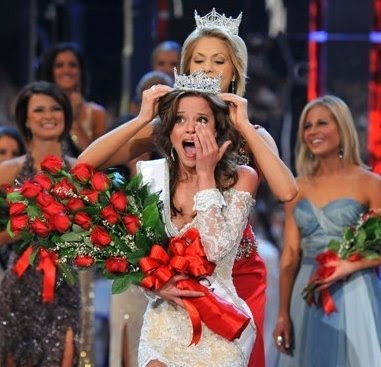 This week’s winner, The Noisy Room’s  Infiltration, Treason, Jihad – Welcome to The Project is a great examination of something most Americans are unaware of..the Muslim Brotherhood’s detailed and covert plan to subvert the west and put it under sharia and  Muslim rule. Here’s a slice:

The Blaze aired a special last week in two parts called The Project. Part 1 is here and Part 2 is here.
As I have contended from the very beginning, Obama and his minions are corrupt beyond belief. It is my belief that Obama is actively facilitating the Muslim Brotherhood and radical Islam in an effort to bring America to her knees and usher in not only Sharia law, but a worldwide caliphate. This week, I am going to summarize for you the content of The Project and what it means to Americans. Time is growing short, we are entering the third and final phase of a very, very evil plan.

In 2001, an Islamic manifesto called The Project was discovered in Switzerland. This document is a plan to carry out a quiet coup within the United States through indoctrination, subversion and infiltration at all levels of our government and through key positions in education and other influential positions such as the media. Fast forward to 2008 and the Holyland Foundation Trial. This showcased the largest terror financing trial in US history. There are 80 boxes of evidence, including The Project, that have been made available by our government to the accused enemies of America, but which, to this day, are being withheld from our leaders and the American people. Barack Obama, Eric Holder and Janet Napolitano cite national security, but have given the terrorists a free pass to review the documents. I contend, that if they haven’t already done so, that Obama and his colleagues will destroy those documents because they implicate Obama and his administration in outright treason by aiding and abetting the Muslim Brotherhood. If Obama loses this election, he will most likely do two things: 1) He will release the Blind Sheik and 2) he will have those 80 boxes of documents destroyed if he hasn’t done so already. Obama will remain faithful to his Muslim roots and his anti-colonialist leanings. Remember Obama’s words:

“The future must not belong to those who slander the prophet of Islam.”

.In our non-Council category, the winner was Ace of Spades  with  The Normative Power of Law and the Emotional Power of Drama  submitted by Joshuapundit. It’s a fascinating look at exactly how laws and rules work, the message they send, and how it applies to our tacit acceptance of Islamist violence.  Do read it.