The Council has spoken, the votes have been cast, and the results are in for the first Watcher’s Council match up of 2013! 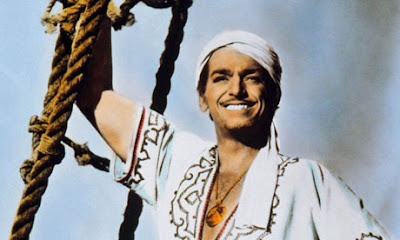 It’s been said that one of the most deadly weapons on earth is A U.S. Marine and his rifle, but as this week’s winner, The Mellow Jihadi shows us with Corporals of the United States Marine Corps , some of them are pretty deadly with a pen in hand as well, especially when speaking truth to our pompous, self aggrandizing elites! Here’s a slice:

The Navy, in its infinite wisdom, sent me and 66 of my ruffian cohorts to the Marine barracks. We had run out of room in the Navy building.

I got all the guys together and told them from that day forward we would solve all our own problems. No one whines to the quarterdeck until he gives us (me and four of the older guys) a chance to straighten things out.

For a year, this worked perfectly. (One minor exception, but we forgave the guy for blabbering to the JOOD. He was sleep-deprived and ate only Willy Wonka candy. A story for another time. . .)

In the Marine barracks, once my Marine friends made Corporal, they were a breed apart from us. It was a major step up from Seaman and Lance Corporal. They were men. Take this letter Corporal Joshua Boston wrote to Diane Feinstein. Without any fuss, the Corporal makes his point. And it ends with this beauty:

I am the man who fought for my country. I am the man who learned. I am an American. You will not tell me that I must register my semi-automatic AR-15 because of the actions of some evil man.

I will not be disarmed to suit the fear that has been established by the media and your misinformation campaign against the American public.

We, the people, deserve better than you.

In our non-Council category, the winner was veteran humorist Bob Owen with  What You’ll See In The Rebellion  submitted by Rhymes With Right.It’s his view pf what might happen in the event there’s an attempt at a federal gun grab.

As a lagniappe, here’s a link to Owens being interviewed on the subject over at PJTV by Instapundit’s Glenn Reynolds.

OK, here are this week’s full results. Gay Patriot was unable to vote, but was not subject to the mandatory 2/3 vote penalty.

See you next week! Don’t forget to tune in on Monday AM for this week’s Watcher’s Forum, as the Council takes apart one of the provocative topics of the day and weighs in…don’t you dare miss it. And don’t forget to like us on Facebook and follow us on Twitter..’cause we’re cool like that!