It all starts with signage. I have posted no trespassing signs around my property. Where I live even people who can’t read know what that sign means.

Then there’s my perimeter security system. Should they breach that, they will have to contend with several large outdoor dogs who, if family isn’t around, don’t take kindly to strangers. By that time the police will likely arrive and I’ll be able to rescue them from the dogs.

But if they somehow manage to get past the dogs my home has several solid core doors with heavy locks that aren’t easy to breach, even with a heavy crowbar. They are also alarmed, as are my windows, so expect more police to arrive (where I live there’s no danger of them being defunded.)

Breach that, and I have numerous indoor dogs that will bite. Don’t discount the small ones: they are the fiercest.

And if somehow they get past all that, well… Let’s just say I know the laws in my state which include the Castle Doctrine – meaning that I have a right to defend my family. While “Home Alone” made home invasion look cute, the reality – rape, torture and murder – is anything but.

Nothing I own is worth a life. All the valuables we own are in safe deposit boxes, and everything else you would likely find cheap at the Goodwill. I know because that’s where a lot of my stuff goes. Seriously, we keep little around that would be valuable to trade for drugs.

What is important – us – can’t be bought or sold. My family is worth more than my life, and I will do everything in my power to protect them.

Let’s just say that Marv and Harry wouldn’t be around for a sequel and leave it at that. 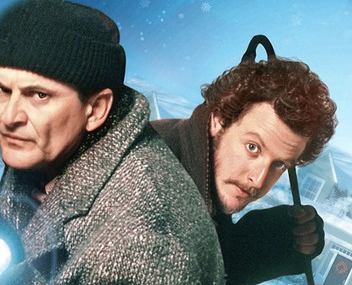 Won’t Be Around for the Sequel