President Trump is currently being demonized for ‘politicizing our military’ and for his supposedly uncaring attitude when making a condolence call to the widow of a Green Beret Army sergeant, one of four American servicemen killed in an ambush by Islamic militants in Niger.

The fire is being stoked by a notoriously racist and partisan black Democrat congresswoman, 75-year-old Frederica Wilson (D-FL).

She’s claiming that the president was “heartless” and that “This is a sick man who feels no pity or sympathy for anyone.”

Far Left Democrat Senators Bernie Sanders and Tammy Duckworth chimed in as well of course with similar language, and I’m sure there will be more of them. After all, it takes this particular story out if the headlines . That story is an account of the FBI’s findings in their investigation of the massive Russian bribery given to the Clintons before our then Secretary of State Hillary Clinton signed off on giving Moscow control of more than 20 percent of America’s uranium supply.And how the Obama Department of Justice, run by Loretta Lynch, stonewalled the initial investigation.

This, by the way, comes after the FBI mysteriously ‘found’ over thirty pages of notes about Lynch’s secret meeting on the airport tarmac with former President Bill Clinton after saying in court that no notes existed. It seems they discussed a lot more than grandchildren.

You’d think these stories would be screaming headlines if there was any journalistic integrity among the usual suspects. But no…some rabidly partisan nonsense about a condolence call is what they deem the peasants need to be informed of, right?

Oh, the insensitive remarks? Here’s what they consist of…that President Trump referred to the soldier as ‘Your guy’ during the phone call instead of calling him by name, and that the president said, “He (the sergeant) knew what he signed up for, but it’s tough just the same.”

Let’s remember that personal condolence calls from the president of the United States are not mandatory, and some presidents have preferred to simply have a letter mass printed and auto signed.The fact that President Trump took some time from his busy schedule to make a personal condolence call to a Gold Star widow is both honorable and admirable.

And if this was actually what was said, does it sound remotely cold or disrespectful? It’s obvious that the president is making reference to the bravery of a widow’s husband,who knew full well what he was facing but chose to serve, and an expression of empathy over her loss.

But the manufactured media maelstrom does serve to help bury the stories exposing the corrupt Clintons and the collusion of the Obama Administration, doesn’t it? Oh look, a squirrel! 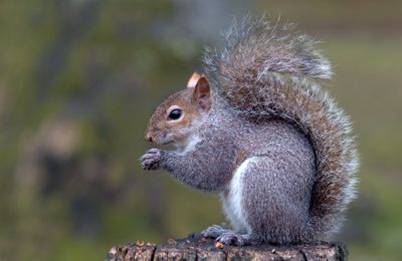 And if we’re talking about politicizing military casualties, let’s look at a president who actually did it, Barack Hussein Obama. Now, all of the Democrat congress members mentioned in this article were rabid Obama partisans. Let’s examine their disgusting hypocrisy, shall we?

These items  show you exactly how distorted and twisted the morality and judgement of these congress members actually is. I defy anyone to show me a single word any of them had to say about these episodes of actually politicizing our military and using them as pawns when they occurred, and all of them were in a position to do so.

Yet they have the audacity, the nerve to whine about Trump politicizing our military?

Beside that kind of callousness and hypocrisy, anything President Trump may have done or not done in this instance fades into insignificance.