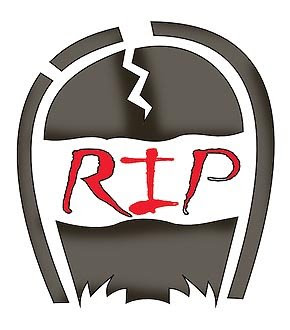 As most of you know, Walter Cronkite died late Friday after I put the site to bed.

I planned to say a few things about this, but John Podhoretz beat me to it and likely did a far better job:

Cronkite was a key figure in many ways, but foremost among them, perhaps, was the fact that he cleared the way for the mainstream media and the Establishment to join what Lionel Trilling called “the adversary culture.” Cronkite, the gravelly voice of accepted American wisdom, whose comportment suggested he kept his money in bonds and would never even have considered exceeding the speed limit, devastated President Lyndon Johnson in the wake of the 1968 Tet Offensive by declaring that the United States “was mired in stalemate” in Vietnam—when Johnson knew that Tet had been a military triumph.

This on-air editorial, spoken during the most-watched newscast in the country when that meant 30 million people were watching (as opposed to 7 million today, with the nation having added more than 100 million in population), was a transformational moment in American history.

“If I’ve lost Cronkite,” Johnson was reputed to have said, “I’ve lost middle America,” and shortly thereafter he announced he would not run for reelection. This was a mark of Johnson’s own poor political instincts—a president who thought a rich and powerful anchorman living the high life in New York city was the voice of the silent majority was a man out of touch with reality—but it was a leading indicator of how the media were changing. Cronkite didn’t know what he was talking about when it came to Tet, as the late Peter Braestrup demonstrated in his colossal expose of the scandalous media coverage of the battle, Big Story. But he knew that among the people who mattered to him, and who were the leading edge of ideological fashion, Tet was a failure because the war in Vietnam was bad, and he took to the airwaves to say so.

The reality of course was that Tet was a huge military defeat for the communists, who for the first time actually committed to an offensive against American firepower.The casualties and loss of material the Viet Cong and the NVA suffered took them months to recover from, and as General Giap, the NVA commander himself admitted in his memoirs, had the US pressed an offensive at that point North Vietnam would have had grave difficulties stopping them. The year 1968 would likely have seen a ceasefire on our terms, the saving of thousands of lives and an American victory.

What turned it into a victory for our enemies was the North Vietnamese appreciation of what was going on in America. As General Giap admitted to CBS reporter Morley Safer in a 1989 interview, “The war was fought on many fronts. At that time the most important one was American public opinion.”

The North Vietnamese monitored our media and realized that it would transform a catastrophic defeat into a victory. And the point man who helped hand them that victory? None other than Uncle Walter.Although at least he had the basic honesty to label what he was did as opinion, a distinction a lot of today’s talking heads wouldn’t bother with.

Cronkite, of course remained unrepentant about his disinformation on Tet, and indeed went public with exactly the same sentiments on the war in Iraq while our troops were under fire.

As Podhoretz correctly points out in his piece, Cronkite’s little spiel only worked because there was no blogosphere and no new media to challenge him. Today, he might have ended up like Dan Rather.

Cronkite’s ‘analysis’ was horribly wrong – dead wrong, in fact for a lot of people. And his words that night marked the beginning of the gradual abandonment of any semblance of journalistic ethics and the accompanying loss of credibility by his descendants in today’s dinosaur media.

Needless to say, those descendants and their soul mates on the Left will fall all over themselves lionizing Cronkite. That’s appropriate, since he was one of them. But the legacy he left behind is hardly one that most Americans should celebrate.

Sorry, but as Cronkite himself might have said, that’s the way it is.

This article is crossposted at Joshua Pundit.