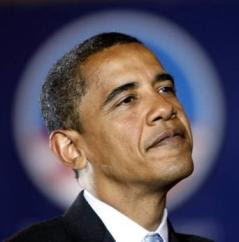 No, I’m not kidding in the least.

NLPC has uncovered a plan by the White House New Media operation to hire a technology vendor to conduct a massive, secret effort to harvest personal information on millions of Americans from social networking websites.The information to be captured includes comments, tag lines, emails, audio, and video. The targeted sites include Facebook, Twitter, MySpace, YouTube, Flickr and others – any space where the White House “maintains a presence.”

In the course of investigating procurement by the White House New Media office, NLPC discovered a 51-page solicitation of bids that was filed on Friday, August 21, 2009. Filed as Solicitation # WHO-S-09-0003, it is posted at FedBizzOps.com. Click here to download a 51-page pdf of the solicitation.

While the solicitation specifies a 12-month contract, it allows for seven one-year extensions. It specifies no dollar cap. Other troubling issues include:

This is not some nut job conspiracy theory, but an actual use of your tax dollars to violate your privacy and use the power of the federal government to monitor and attack political opponents.

I guess dissent is only the highest form of patriotism when it’s the Left doing it.

After flag@whitehouse.gov and the spam e-mails from Axelrod, this is the third blatant attempt by the Obama White House to misuse private data . And don’t be surprised if this ties in with pending legislation to give President Obama ’emergency control’ of the Internet.

Some elements at the White House already consider anyone who opposes Obama’s policies ‘right wing domestic terrorists’. Shutting down your First Amendment rights could be just one phony Reichstag Fire-style incident away.

This needs to be brought to President Obama’s attention publicly – so if it’s a case of some rogue staffers going out of bounds to please the boss, he can either repudiate it and stop it…or reveal a little something about himself to the American people.

This article is cross posted at Joshua Pundit.