Good question. Unfortunately it’s a difficult one to answer because we have little information from the Carthaginians themselves. Nearly everything we know about them comes from Greek and Roman sources. Those provide a view from the outside, and a biased one a that.

TLDR: The Carthaginians didn’t view the Romans the way Romans viewed them: as an existential threat. Plus the Barcas scared the people in power.

I’ve been reading and re-reading sources like Polybius and Livy as well as modern historians like Adrian Goldsworthy in the hope that something would pop up and provide a clear picture of the Carthaginian senate and the Barca family. So far the best answer I can come up with at this time is this:

To put it bluntly, the Carthaginians didn’t take war seriously. They came from Phoenicia, part of the Phoenician diaspora that seeded the Mediterranean with the concept of trade. The Phoenicians knew how to trade like the Spartans knew war, which is why even under the onerous war indemnity imposed by the Romans after the First and Second Punic Wars, they were able to pay them off early. That scared the likes of Cato the Censor, leading to his infamous Carthago delende est ending of his speeches that eventually resulted in the final and last Punic war which saw the Phoenician Carthage destroyed.

What bothers me most about Carthage in the time of the Barcas is that they didn’t understand the threat posed by Rome, nor after the First Punic War did they understand Roman thinking.

We’ve gotten Rome of that time wrong for the most part. Our cultural images of the Romans are the propaganda of debauchery that was common during the 18th and 19th centuries, applied to the late Roman empire. But the Rome of the 2nd Punic War was nothing of the sort. Rome was a completely militarized society that had warred constantly from its birth in 754BC right up until Hannibal showed up in Italy in 216 BC.

For example, the historians of the period marked the opening and closing of the gates of the temple of Janus. When Rome was at war, the gates were open. When the Romans weren’t they were closed. From around 650BC until Hannibal’s arrival in Italy in 216BC the gates were only closed for an eight year period after the First Punic War.

Roman politicians served in the military. Both consuls were expected to lead armies, and success on the battlefield usually translated to power in the Senate. Roman society from the highest ranking senators to the lowest freed man served in one of the seasonal call-to-arms as Rome battled one enemy, defeating it and moving onto the next.

The Carthaginians, on the other hand, relied on mercenaries – usually foreigners – as Rome would do at the end of its empire. I’m not aware of the Carthaginian senate requiring military service to the degree that Rome did, and my impression is that trade was more important than war. This may have been the result of its position in North Africa, where the city-state lacked any nearby enemies unlike Rome which fought the nearby Sabines and other tribes from its birth. Rome fought its way to control the Italian peninsula. Did Carthage do the same? It’s unclear.

What is clear is that the Carthaginian senate saw the Barca family as both the best antidote for Roman military power, and the greatest danger to the senators themselves. Hannibal’s father and his brothers were seasoned warriors who excelled on the battlefield, but not on the senate floor.

And there was a strong contingent of pro-Roman Carthaginians who felt that they could appease their Italic enemy. It wasn’t a bad position necessarily. Rome would have done much better with Carthage as an allied city-state, allowed to prosper financially while Rome controlled all things military. In fact that’s how the peace treaty was written after the 2nd Punic War. Carthage was in fact demilitarized, to the point where the city had to undergo a crash rearmament at the beginning of the third and final Punic war. 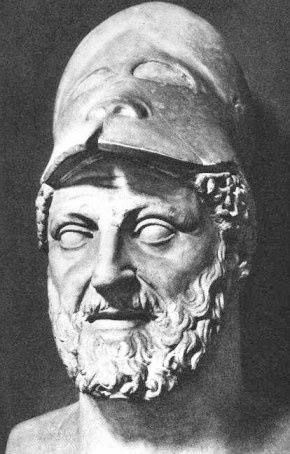 Had the Carthaginian senate backed Hannibal they would have pretty much handed over power to the Barca family if they beat Rome. So it’s no surprise they hamstrung the Barcids whenever they could. But even without the support he needed from home, Hannibal came closer to ending Roman power than any other ancient kingdom for the next 500 years