“The hospital discovered his social media rants and last year tried to fire Khass from his position as a pediatric resident, however, Khass took them to court and won his job back claiming the hospital wrongly fired him for violating his ‘freedom of speech.’”

That’s ridiculous. I’m a free speech absolutist, but there is no doubt that no one has the freedom or the right to call for harming other people. This man is supposed to be a doctor, but what will he do if he has a Jewish, Zionist, or Christian patient? He should not just be fired from New York-Presbyterian Brooklyn Methodist Hospital; he should be barred from practicing medicine immediately. 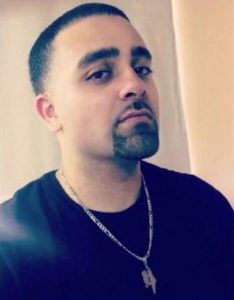 [TO ME, HE’S ANOTHER SNIDE-LOOKING MUSLIM CREEP.

[NOT NEEDED IN AMERICA. NOT WANTED.

[GO THE FUCK HOME! I HEAR THEY NEED DOCTORS IN PALESTINE TO FIGHT FLEAS—JAF]

SEE ALL OF JIHADWATCH.ORG ARTICLES HERE

For the past two years New York-Presbyterian Brooklyn Methodist Hospital has been trying to fire a doctor with a history of posting anti-Semitic and violently anti-Israel messages on social media.

Next week, the hospital and Dr. Walid Khass will be back in court to address the doctor’s eight-year history of tweets denigrating Jews and calling for Israel’s destruction.

Before Khass was hired as a resident at the hospital, his reputation for virulently anti-Israel social media activity was known.

As far back as 2012, Khass tweeted “My beloved Palestine! Spit on you, Jew dogs!” His tweets continued as a medical student until his graduation from St. George’s University (SGU) School of Medicine in June 2019, reported Canary Mission, a watchdog organization that tracks anti-Semitism on campuses….

On August 1, 2014, Khass tweeted: “quran chapter 2 take not the christians and the jews for friends — I’m Muslim And Know This.”

His tweets are also racist including one on July 10, 2015, in which he said: “Israel Needs To Stop Payin Ethiopians To Pretend That They’re Jewish Just So They Can Have A Bigger Population.”

On February 9, 2017, Khass tweeted: “Trump Trust Me, The Only People Ruining Our Country Is The Zionist Israeli’s …. #FreePalestine.”

The Canary Mission website lists at least 57 tweets by Khass that call for violence, spread anti-Semitism, support the Hamas terror group, and spread hatred of Israel and calls for its destruction.

The hospital discovered his social media rants and last year tried to fire Khass from his position as a pediatric resident, however, Khass took them to court and won his job back claiming the hospital wrongly fired him for violating his “freedom of speech.”…