They both are masters of Rant: Hollyweird’s Charlie Sheen and Libya’s Moammar Gaddafi in a quote throwdown quiz. Who said it? How many can you get? 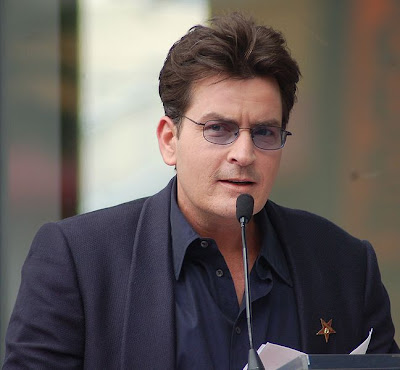 Given the lunacy of each it may not be as easy as it seems!

Listening to a speech given by Gaddafi is an exercise in trying to translate the rantings of a lunatic. Charlie Sheen on the other hand isn’t all that much better. This $2 MM an episode product of Hollywood fantasy life said the following:
That Alcoholics Anonymous is a “bootleg cult.”

On marriage that “Like in baseball, ‘the score board doesn’t lie” and on the media.

Who said it, Sheen or Gaddafi (courtesy of The Stir)

We won’t lose victory from these greasy rats and cats … They should be given a lesson and stop taking drugs. They’re not good for you, for your heart.

You can kill me, but you do not have the right to judge me.

Anyone who undermines the constitution shall be put to death.

I’m an F-18, bro. And I will destroy you in the air. I will deploy my ordinance to the ground.

There must be a world revolution which puts an end to all materialistic conditions hindering woman from performing her natural role in life and driving her to carry out man’s duties in order to be equal in rights.

For the answers, go here

by The Political Commentator, posted at Death By A Thousand Paper Cuts.