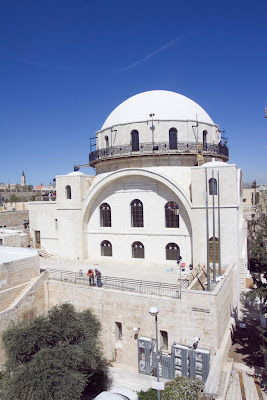 Ah, this made me feel good.

The beautiful building pictured above is the historic Hurva Synagogue in the Old City of Jerusalem, which dates from the 1700’s.

In 1948, it was vandalized and desecrated by the Jordanians, along with 28 other historic synagogues and shrines in the Old City. But it has now been beautifully restored and will be rededicated this Sunday and Monday, the 28th and 29th of Adar.

And that just drives the Palestinians insane:

Naturally, the Muslims are furious at Jews daring to rebuild a synagogue in a spot that they had lived continuously for well over two thousand years. As I reported a few months ago, what really bugged them was the height of the structure, because in Islamic tradition mosques should always be the tallest buildings in the area. Since the Jewish Quarter is on a hill, the Hurva dome will be higher than the domes on the Al Aqsa mosque and Dome of the Rock.

And we can’t have that, can we?

What really fries the Palestinians is two things – first, that the Hurva Synogogue being restored like this gives the lie to their claims that East Jerusalem was ever ‘traditionally Arab’, except for a brief 19-year period between 1948 and 1967 after they ethnically cleansed the original inhabitants . And second, once again, the very fact that Jews build, while they destroy. That’s how it’s always been.

Ponder for a moment the mentality of people like that and imagine trying to live in peace next to them.

BTW, below are pictures ( click to enlarge ) circa 1940 showing the old Hurva Synagogue before it was destroyed by the Arabs, and how it dominated the Jerusalem skyline. No wonder the Arabs wanted it to remain merely a memory. 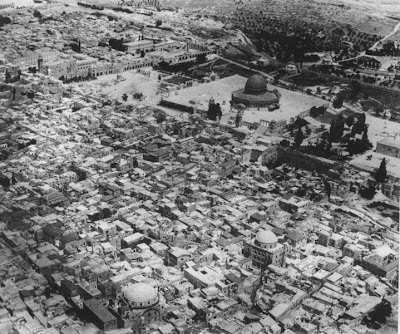 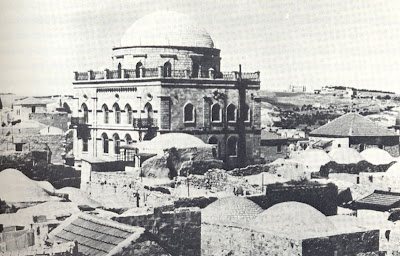