I was considering submitting an article on this topic but it is literally too big of an issue to contribute to one specific author. This alert is in courtesy of Bloggers with an eye for news, you know the type, people doing the job that the mainstream media used to do.

After doing a manual cross reference between the publicized list of dealership closings and records of campaign contributions it appears that the list of closings is closely correlated with the political contributions of the dealer. In some instances it appears that whole counties were targeted based on the political makeup of the county. In other words, dealerships friendly to Chairman Obama and friends appear to have been given favoritism in return for their contributions to the party.

We are not talking just a small block here, this is rampant. 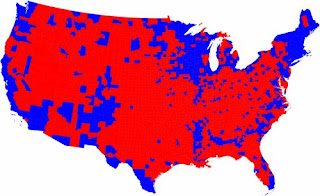 ** Last night it was discovered that a Big Dem Donor Group was allowed to keep all 6 Chrysler dealerships open…. And, their local competitors were eliminated by Obama’s task force!!

You can also follow the trail at power watcher Doug Ross:

Red State, American Thinker, Joey Smith and Reliapundit provide anecdotal and quantitative evidence that would appear to confirm a decided bias against dealers who donated to GOP causes or to anti-Obama Democrats.

Special note for moonbats: no one here is saying that the sole criterion for closing a dealership was partisanship. What we ask is: does it seem odd that the list of closed dealerships appears to have contributed a grand total of $200 to Barack Obama and millions to GOP candidates/causes?

Quote from an attorney who Deposed Chrysler’s president last week: “It became clear to us that Chrysler does not see the wisdom of terminating 25 percent of its dealers… It really wasn’t Chrysler’s decision. They are under enormous pressure from the President’s automotive task force.”

Late night updates from Joey Smith and Thomas Lamb: Large Democrat Donor groups not only remain open in all locations, but have their competition eliminated… and/or can purchase for pennies on the dollar.

To quickly review the situation, I took all dealer owners whose names appeared more than once in the list. And, of those who contributed to political campaigns, every single one had donated almost exclusively to GOP candidates. While this isn’t an exhaustive review, it does have some ominous implications if it can be verified.

However, I also found additional research online at Scribd (author unknown), which also appears to point to a highly partisan decision-making process.

Consider the partial list of Chrysler dealership owners, listed below. You’ll notice that all were opponents of Barack Obama, most through sponsorship of GOP candidates and organizations, but a handful through Barack’s Democrat rivals (Hillary Clinton and John Edwards in 2008, for example).

Coincidence? You be the judge. In my book these “coincidences” are usually discovered in places like Venezuela.

Meanwhile please enjoy this week’s submissions in our weekly contest in search of the best article to expose weasels in your midst.