Are you as offended as I am over the comparisons between US government policy towards illegal immigrant children and the Nazis? This is just the latest in countless comparisons made since Trump announced his candidacy 3 years ago. All of these comparisons reflect a fundamental ignorance of history that is just getting worse as the years pass.

What happened in Nazi Germany is unique, yet 73 years after the crematoria cooled in the concentration camps calling anyone you disagree with a “Nazi” and comparisons of any political leader you disagree with to Hitler are common. Trump-Hitler comparisons too easy and ignore the murderous history

Such a comparison shows an incredible ignorance of history and a relativism that whitewashes the unspeakable horrors of the Nazi regime. It’s an insult not only to those who suffered and died under that regime, but the millions who fought it and destroyed it.

The USA is not Weimar (or Nazi) Germany. The US government is not as weak as the Weimar Republic nor as all-powerful as under Hitler’s dictatorship. Mexicans/Liberals/Gays are not the “new Jews”. There is no systematic and legalized slaughter of any group within this country as there was with the Jews and other undesirables in the Third Reich. Trump is not Hitler and his cabinet is not full of psychopaths the way Hitler’s was.

At a time when students cannot be taught anything without fear of “triggering” them, the entire Nazi history is one long saga of depravity unique in human history. While some have come close (Pol Pot in Cambodia, the Hutus in Rwanda) none have achieved the level of vileness that the Nazis did. 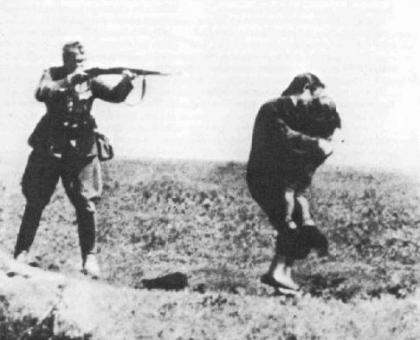 People need to face the reality that what happened from 1933–1945 must never be forgotten, but it must be remembered for the unique horror that it was, and not have the memory twisted through abuse and misapplication as it so often is today.