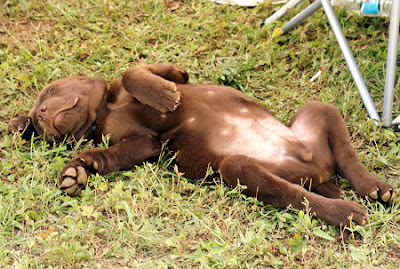 Ah, the sultry days leading up to the end of summer, when the warm weather brings out the torpor and laziness in all of us and little gets accomplished except by the determined and the desperate.

Of course, these days that group would include the members of the political class and their veritable army of servants, Praetorians, hangers on and staffers.

The Romans were the first to label this time of year the Dog Days(diēs caniculārēs), noting that the skies were ruled by Sirius, the Dog Star, the brightest star in the night sky at this time of year. And Herodotus, Plutarch, Caesar and Thucydides all noted the effect this time of year has on men…the influence of the days of Dog Star giving rise to tempers, frustrations, gambles and many times, war and rumors of war. Some things never change. Or at least that’s what the smart money in Vegas, DC and other oracular venues where the entrails, the Dow or the polls get read for what the omens reveal. The mood can get ugly very quickly.

This week’s contest is dedicated to letting sleeping dogs lie…at least for the moment.

After a decade on the Council, Greg of Rhymes With Right has decided to drop full time blogging to pursue other interests. The Watcher’s Council among other things is a community and while Greg may be leaving us as a full time voting member, like other former Council members he will remain connected with us and no doubt continue to contribute to features like the Forum and stay in touch. Happy trails, Greg..it’s certainly been quite a ride, hasn’t it?

Vacancies on the Council don’t come up often. If you’re interested in being considered to fill this one and want further details on what’s involved, please leave a comment and your contact information (which of course won’t be published) under any story on Joshuapundit and I’ll get back to you.