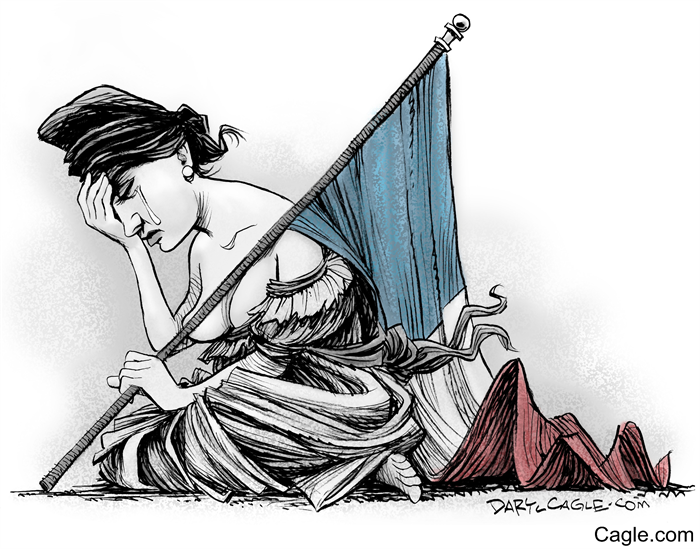 We bleed again, along with France. And Marianne, the symbol of the French Republic weeps…along with the civilized world. But the shame is ours.

How many more of these atrocities are we going to allow? How long will we put up with it as business as usual, as part of daily life? When will we realize that those stupid candlelight vigils, cartoons, hashtags and banners are meaningless drivel?

When is the civilized world going to revolt against this slaughter? And when will we insist that our craven, smug incompetent leaders stop tolerating this madness in the name of ‘diversity’ and stop importing this contagion to our shores? Are we deaf, dumb and blind? Or slaves?

The Watcher’s Council will have an exciting, brand new development to announce in the next few weeks. Stay tuned!