The Noisy Room– My nomination for Weasel of the Week goes to Melissa Harris-Perry (again). She whined on MSNBC that poor, misunderstood illegal immigrants are being deported from the US. Then she laughingly compared their plight to that of slaves in the 1850s. What a maroon:

Melissa Harris Perry: I don’t want the Obama administration’s final year to be marred by a fugitive slave law around the question of this deportation that leads in the context of Flint to actual children actually being poisoned because they’re afraid to open the door to clean water.

Just wow. She’s unhinged and I can’t even understand really what she’s ranting on about. She’s mixing slavery, with illegal immigration, with lead tainted water in Flint, MI… Someone is definitely off their meds here. Her concern is that knocking on doors of illegal immigrants is essentially the revival of the Fugitive Slave Act, a law from 1850 that allows slave owners to recapture any runaway slaves. Just laughable.

You see, if you are an illegal immigrant, and you answer the door when the government comes calling, you are deported on sight. The result of this is that people in Flint, Michigan, who are suffering from lack of usable water, won’t open the door for fresh water deliveries out of fear that they are being tricked into being deported. She called this a potential “black-brown coalition moment.”

Talk about reaching. So, there are so many illegal immigrants in Flint that no one will get fresh water. Uh no. But if they were slaves, shouldn’t we set them free and send them home? Just sayin’.

For being a racist moonbat and a liar extraordinaire, Melissa Harris-Perry and her tampon earrings should get Weasel of the Week. Maybe she can pawn it to get fresh water to all those would-be slaves in Flint. You know, the place that has a majority black council that is responsible for the whole leaded water brouhaha in the first place. 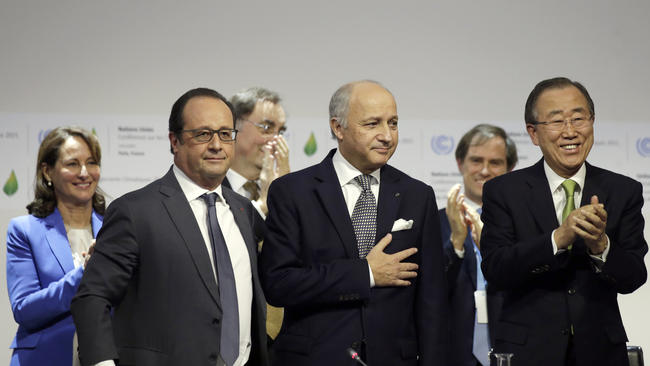 The UN Signers of The Global Warming Diktat!!

Fausta’s Blog – The signatories of the U.N. global warming treaty (which will cost at least $13 trillion)who travel in private jets and stay at places with the largest carbon footprints.

Dante would place them in the 8th Circle of the Inferno, along with the frauds. Fittingly for the U.N. setting, the hypocrites’ in the 8th Circle wear golden cloaks liked with lead – only that it’s us paying for it all.

The Daley Gator – Apparently soon-to-be failed-GOP hopeful Mike Huckabee can determine who is, and is not a Christian. Or maybe he has sold out to Trump and is bashing Ted Cruz’s faith to please his new puppet master… 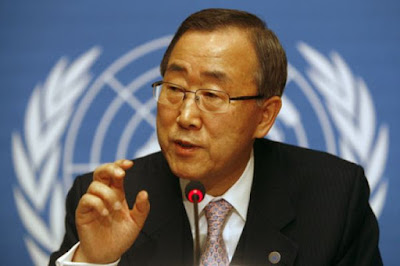 JoshuaPundit – Ban Ki-Moon decided to give a speech last week entitled, “Secretary-General’s remarks to the Security Council on the Situation in the Middle East.” It had 52 paragraphs, three about Lebanon, and two about Syria – one about refugees and one about the Golan. The rest of it was a screed aimed at Israel. Nothing about Iran, or about ISIS . Nothing about Saudi Arabia’s mass killings of civilians in Yemen, nothing about Egypt or Libya. Not a mention of the Kurds.

Ban’s entire speech basically stated that if Israel uprooted 500,000 of its citizens, divided Jerusalem and gave the part with the Jewish Holy sites to the Arabs whom call themselves ‘Palestinians’ and retreated to indefensible borders there would be peace in the entire region. But wait there’s more. Ban Ki-Moon also rationalized the murder of Jews, attributing the terrorist attacks deliberately incited by unelected dictator Mahmoud Abbas and the Palestinian Authority to “Palestinian frustration.”

“Palestinian frustration is growing under the weight of a half century of occupation and the paralysis of the peace process,” Ban continued. “Some have taken me to task for pointing out this indisputable truth. Yet, as oppressed peoples have demonstrated throughout the ages, it is human nature to react to occupation, which often serves as a potent incubator of hate and extremism.”

In his entire speech and in a follow up editorial cheerfully published by Pravda-on-the-Hudson, the Secretary General of the supposedly neutral UN did not mention the deliberate incitement to murder by Abbas and the Palestinian Authority once.

Ban’s timing was impeccable.In the past four months, over 25 Israelis have been murdered. The latest casualties, a fresh wound to Israelis when Ban made his speech included a heroic mother of six who saved her children’s lives by refusing to let her Arab assassin remove the knife from her body, a woman who was five months pregnant and a 23 year old woman targeted and killed at random.

Would Ban excuse Jews if they got tired of being at the receiving end of this kind of murder and started replying in kind? Of course he wouldn’t.

You see, what Ban Ki Moon was really saying, of course, was that Muslims in general and the Arabs whom call themselves ‘Palestinians’ in particular have the right and privilege to express their grievances violently. That worldview’s very common in some circles.  The Mayor of Koln, Germany expressed similar sentiments after the New Year’s Eve gang rapes by Muslim refugees in that city, telling the local women that it was their responsibility to wear less enticing clothing, stay in groups, keep at least an arm’s length of distance from gangs of Muslims and avoid certain public places.

Needless to say, the entire spectrum of Israeli politics ripped Ban for his bigoted comments, including Bibi Netanyahu, who accused him of “stoking terror,” which of course Ban was by rationalizing it. But even the rationale, the the ‘occupation’ excuses murder  is maddeningly hollow. Because the UN’s definition of what occupation consists of  applies to Israel and Israel alone. There are no Jews living in Gaza and Israel has nothing to do with the place except to legally blockade it since Hamas took over  to keep Hamas’s missile supply from Iran in check so they won’t fire them at Israeli civilians. Yet the UN, EU and other parts of what calls itself the international community refers to Israel as Gaza’s ‘occupying power.’

According to the 1922 San Remo Accords and Article 80 of the UN Charter that reaffirmed it, the official border between the Arab part of the Palestine Mandate and the remaining 22% that was left for the Jews is the Jordan River. In 1948, a large part of that 22%, Judea, Samaria (AKA The West Bank) and East Jerusalem were invaded by Jordan’s British armed and officered Arab Legion and the Jewish inhabitants ethnically cleansed in a particularly brutal fashion. That 19-year occupation by aggressive force was never recognized by the UN, but the UN did nothing to change that status and member Jordan went totally unpunished for what they had done. Only in 1967, when Jordan’s King Hussein attacked Israel and was pushed back across the Jordan by the IDF did we start hearing about Israel ‘occupying’ territory that officially belonged to no other country.

If Israel is conducting an  ‘occupation’ in Judea and Samaria, then by Ban’s definition of it  all of South Korea, Ban Ki-Moon’s home country is occupied North Korean territory, since North Korea invaded it militarily and controlled it for awhile. It’s a real pity no one threw that back in Ban Ki Moon’s face.

That’s also one reason many  Israelis are justifiably leery of ceding more land to anyone. If Israel was stupid and gullible enough to actually pull back to the 1948 ceasefire lines as Ban, the UN, the EU and our Dear Leader in DC  are pressuring them to do, rest assured that Israel would still be referred to as ‘the occupying power’ of whatever land Israel gave up by creatures like Ban Ki Moon.  Just like Gaza is.

Rationalizing murder is bad enough, but creating special rules for Israel, the world’s only Jewish State that apply to no other nation is by definition Jew hatred. That seems to be fashionable once again, especially at the UN.