Scott Kerwin, writing at Quora, takes on a common revisionist theme – that the US was responsible for the war with Japan, and ultimately the atomic bombings were war crimes perpetrated against an innocent people. This question garnered over 20k views, 3 shares and over 400 upvotes before Quora took it down: Why do the Japanese like the United States so much despite WWII? I thought the Japanese were an unforgiving people?

Kerwin writes, You seem to remember the last few days of the war instead of the years leading up to it. You must not be Chinese given the tone of your question because the Chinese haven’t forgotten – nor forgiven – the atrocities committed in China by the Japanese. It’s a sore point for them that still colors their relations with their neighbor.

are seared into people’s memories for a very good reason. Or why the Bataan Death March were words that still moved my father to intense anger decades after the Japanese surrender. Or what Unit 731

did to Chinese children.

Then you may want to consider one of my Japanese students, a middle-aged woman at the time, who told me about life during the War. She remembered she and her classmates being taught to wear backpacks and run towards Japanese adults wearing paper masks of American soldiers. She told me about the fear the faces made her feel, and how it took some time for them to get used to the faces. It was only years after the War when she learned the purpose of the exercise. The backpacks would have been filled with explosives, and remotely detonated when a child ran up to the invading US forces.

But the bombs that fell on Hiroshima and Nagasaki put an end to it all. No more bayoneting Chinese children, no more forcing Okinawans to commit mass suicide

. Then when men like my father arrived they didn’t rape and plunder Japan, ravaging the women and shipping entire factories back home the way the Soviets did in Europe. Instead of taking money out of Japan we poured money into it. I remember standing at the edge of Osaka and an elderly student telling me how after the war one could see from one end of the city to the other. Thanks to the US effort to get Japan back on its feet

(and to support us in our Cold War against Communism), one is lucky to see more than a few blocks on the Kansai plain.

That’s why they like us. We defeated them. We could have turned the entire country into a rice farm or made it a US state. But instead we helped them rebuild and become a peaceful and valuable friend and ally. 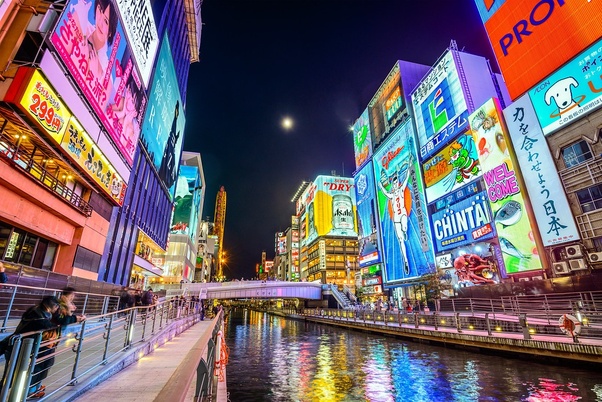 For many reasons Japan got a pass for the horrors it committed at home and abroad unlike the Germans who had their noses rubbed in it for decades. Sure I met a few Japanese who hated me for Hiroshima/Nagasaki, but I met many more who understood that we were alive because of them. Both my father and father-in-law were preparing for the invasion of Japan, an invasion that would have cost the lives of hundreds of thousands of Allied soldiers and millions of Japanese civilians. Chances are good that neither my students, my wife or me would be around to argue the point.

Forgiveness is overrated. Most of the people who deserve it or can give it are long dead, so the words are political and meaningless. But it is important for you to see History in its entirety, and not just a snapshot of a billowing mushroom cloud.