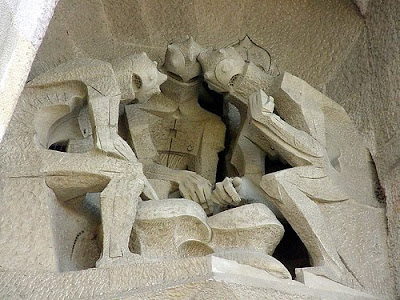 The Council has spoken, the results are in and another Watcher’s Council contest is history, carved in stone and immutable.

What happens when Leftist governments lean so heavily on business that they seriously retard economic activity and kill the Golden Goose? This week’s winning essay by Bookworm Room entitled What happens when government (state or federal) is pathologically hostile to business examines that subject in micro and macro. Kafka isn’t even in the running. Here’s a slice:

On the fifth day after quitting, Jane shows up, grabs the paycheck, and again disappears. You breath a sigh of relief, thinking you’re finally done with Jane. If only you knew, the story is just beginning….

A month goes by, and you suddenly get a notice from the California Labor Commissioner telling you that Jane is claiming that you violated California law. Your crime? You did not get Jane’s final paycheck to her within three days of her quitting. Since you had the paycheck ready immediately, and her failure to receive it was solely the result of her own unavailability, you laugh at this charge, thinking you’ve got a slam dunk case.

You show up on the assigned day to argue your case before the Labor Commissioner. The Labor Commissioner announces that the three day rule means the employee must have the money in hand by the end of the third day — regardless of either your efforts to pay her or her lack of effort to receive the money. To punish you, the Labor Commissioner imposes statutory sanctions (or “waiting time penalties”) against you, and insists that you pay Jane an amount 27 times greater than the wages she was actually owed.

Shocked by the unfairness of it all, you hire an attorney, who tells you that you’re right — you complied with your statutory duty, and the Labor Commissioner erred. The attorney tells you that this is indeed a slam dunk case, and that you should appeal it, which means filing an original action in Superior Court. Sounds good to you….

The case goes to trial. Jane is represented by the Labor Commissioner, so this is a freebie for her — the people of the State of California, through their tax dollars, are paying Jane’s attorneys fees. The judge appears confused by the issues and eventually announces what he believes is a Solomonic ruling. He holds that, despite the statute’s clear language — Calif. Labor Code § 202 explicitly imposes on the employer only the burden of having payment ready, not the burden of ensuring that the employee receives payment — you should have gotten the payment directly to Jane. However (and this is where the Solomon part comes in) the judge will halve the sanctions award against you.

While miffed at the fact that you couldn’t get the judge to agree with you entirely, you still leave the Court with a light heart — after all, you got the original award against you cut by 50%, which must be viewed as a clear victory. Au contraire, my innocent California employer.

In 2001 — when these events took place — the attorneys fee statute governing appeals from Labor Commissioner awards imposed attorney fees and costs against a party who appeared before the Court and was “unsuccessful in the appeal.” (That was Calif. Lab. Code § 98.2(c), repealed.) However, as of 2001, two California decisions had held that this facially-neutral language didn’t really mean what it said.

What this meant for Jane’s employer was that, even though she managed to better her position on appeal by 50% — she still lost! She still got to pay the Labor Commissioner’s attorneys fees at fair market value.

In our non-Council category, this week’s winner was Barry Rubin’s How the West Is Being Turned into a Version of the Middle East submitted by Joshuapundit,an examination of how political correctness is closing minds and creating Arab-like mentalities when it comes to Israel, Islam, Arabism and freedom here in the West.

Here are the week’s full results: