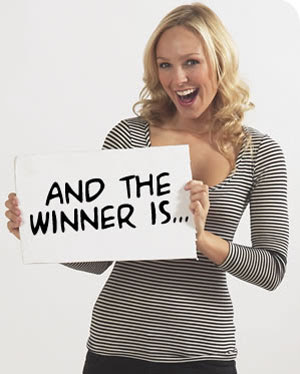 The votes have been cast, and this week’s Watcher’s Council results are history.

This week’s winner was Hube at The Colossus Of Rhodey for What makes America great …?
his reaction to a Leftist commenter on one of his favorite sites:

“We turned our backs on our own values for the love of our own abject fear”? What exactly does this mean? But if I had a nickel for every time some “progressive” cried “fascism” due to the efforts in the GWOT (General War on Terror) let alone anything suggested by conservatives/Republicans, I’d be a rich man right now. And here, again, we see how utterly incapable “progressives” are at even considering fundamental political and philosophical differences with conservatives. “Efforts at improvement” are accused of being “fascist?” Not exactly; more likely they’re deemed “socialist” (although in their ultimate forms there’s actually little difference anyway). Nevertheless, what conservatives take issue with are not “efforts at improvement” but who exactly should make the improvement. Frankly, if the federal government backed off one-third of what it’s intertwined in at present, we’d be much better off.

Next, a false premise. Why should the federal government maintain infrastructure anyway? Why shouldn’t that be a state/local responsibility? And “greed from the bottom up?” How so? Here’s is one of many differences between “progressives” and conservatives on this: “Progressives” think you’re “greedy” and “stingy” if you want to keep more of your hard-earned money. After all, as noted above, it’s needed for “good public works.” On the other hand, conservatives recognize that government has squandered so much of your tax money already, and will merely squander more if they get it. It’s not your fault that bridges may be in disrepair; it’s the idiots in government who waste our money on things other than what it should be spent on! Period. Groups like the Tea Party in part were generated by the “had it up to here” feeling myriad folks had pent for years.

Following, what does our little progressive mean by his next quip? Does he mean that, because we allowed our Constitution to work in 2000 when George W. Bush battled Al Gore for the presidency, we’re … “corrupt?” How deluded does a “progressive” have to be to think this “ruined” the name of our country by how that ultimately played out? And which “friendly and defenseless countries” have we exported corruption to?

Our non-Council winner was Raymond Ibrahim over at Pajamas Media for Islamists Target Christians ‘Wherever They Can Reach Them’, a must read piece on the subject that gives the lie to the myth of Islam’s tolerance for ‘people of the Book’ who live as dhimmis.