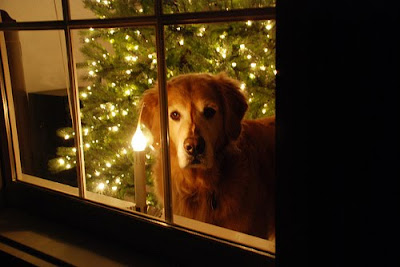 I have an admission to make..although I don’t celebrate Christmas, I especially love this time of year.

Part of it is simply the feeling of the Winter solstice. As our lucky old sun gets closer to the new year and my early January birthdate, I seem to pick up energy and optimism directly from the chill, crisp air. This time of year smells different to me..scented pines, the aroma of fireplaces, the moisture in the air, people baking.

But what I most appreciate is the way people act towards one another at this time of year. People seem to smile more, even with all the stress of getting ready for the big day and the usual battles of daily life. They drive more courteously. They don’t sweat the small stuff as much, and let the little things go. They give in, cheerfully, to the logic of hope and happiness, with ‘Merry Christmas’ as the magic words that embody those things and transform them into the stuff the season is made of.

I’m sure all the members of our esteemed Council join me in wishing all of you, our readers, a blessed and joyous Christmas.

Indeed, G-d bless us each and every one..so says the King.

Well, the votes have been cast, and this week’s Watcher’s Council results are history.

Fittingly for Christmas, this week’s winner, The Razor dealt with faith and forgiveness in Michael Vick and redemption which asked the question:
Can all sins be forgiven? And if so, what does it take?

There is something unique about animal cruelty that sets it apart from all but a handful of crimes except child molestation or abuse. I believe that it is because the only thing that separates it from cruelty towards children is the fact that the sadists are afraid they’ll get caught if they do to a child what they do to a dog.[…]

Michael Vick admitted his crime and went to prison. In every interview he has not attempted to dodge the severity of his crime or his responsibility for it. He has followed the letter of his sentence without complaint. He has listened to his mentors like Tony Dungee and his former and current coaches – and by doing so he has forced me to answer this question:

Is it possible for a man to atone for his crime no matter how heinous its nature or how honest his atonement?

As an alcoholic I did terrible things to others. As a recovering alcoholic I have done my best over the years to make amends where possible for these actions. Now nothing that I did was anywhere near the same magnitude of what Michael Vick did, but who are we to judge whether redemption is possible for one man but not another? That sounds like Supreme Diety turf to me.

Over the past three years I have viewed everything Vick has said and done through the lens of suspicion, just as every ex-con or recovering addict understands the games played by other cons and addicts. Everything he says is worthless; only his actions add credibility to them. Vick followed the program laid out to him by the courts and by his mentors. When the Human Society president Wayne Pacelle spoke well of Vick’s efforts to end dogfighting, I took note. I respect the The Humane Society because they don’t get to cherry pick the easily adoptable dogs the way some so-called “no kill” shelters do, and they are often on the front lines of cruelty, working in the inner cities where the affluent are afraid to go to rescue or adopt pets.

How many people haven’t done something that they need redemption for? How many have never experienced the shame and disappointment of finding yourself in a deep well dug with your own hands and struggling to see the light above? How many have never struggled upward against a heaviness that sucks you down as you reach upward towards the light? How easy it must be for them to not feel the icy fear in the pit of your stomach with each loose stone that pulls away at your fingertips.

Our non-Council vote this week ended in a tie between Walter Russel Mead’s Give The People What They Want , a fine essay on the evolving of liberalism and the American psyche and Robert Averech of Seraphic Secrets’ Harry Potter Actress Beaten and Branded a Prostitute by Her Family After Dating a Non-Muslim… a cautionary tale of Islamism run amuck in the United Kingdom and its implications for the West.

As per our bylaws, I was required to break the tie and even though I admire the scholarship and style that went into Mead’s essay ( which I disagree with in some particulars) the message of Averech’s piece and its immediacy got my vote, so Robert Averech of Seraphic Secrets’ Harry Potter Actress Beaten and Branded a Prostitute by Her Family After Dating a Non-Muslim…is accordingly our non-Council winner for this week.