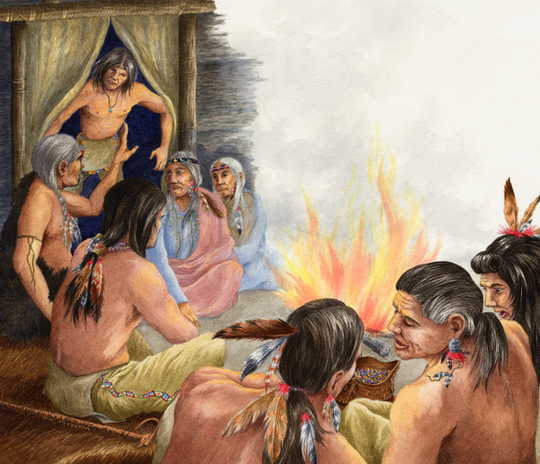 “I give interracial couples a look. Daggers. They get uncomfortable when they see me on the street.” – Spike Lee

“If you have always believed that everyone should play by the same rules and be judged by the same standards, that would have gotten you labeled a radical 60 years ago, a liberal 30 years ago and a racist today” – Thomas Sowell

This week’s winning essay,Stately McDaniel Manor’s These Aren’t The Justice-Involved Individuals You’re Looking For is his reaction to the innate mental disconnect of the new Obama doctrine of referring to criminals as ‘justice involved individuals,’ especially as it applies to education. Here’s a slice:

Let’s review: America’s colleges are virtual snakepits of rape. One in four young women embarking on a college career—according to the Obama Administration—will be raped during their undergraduate days. College life is suffused with a “rape culture,” and the “war on women” continues unabated. Strangely, parents continue to send their daughters off to colleges, apparently blithely unconcerned that their daughters stand an excellent chance, a chance about which they are fully aware, of being raped, beaten, perhaps even murdered. And they’re willing to pay tens, even hundreds of thousands, of dollars for that chance.

Then what do we make of this from Judicial Watch:

“The Obama administration has ordered the nation’s colleges and universities to stop asking applicants about criminal and school disciplinary history because it discriminates against minorities. Institutions are also being asked to offer those with criminal records special support services such as counseling, mentoring and legal aid once enrolled. The government’s official term for these perspective students is ‘justice-involved individuals; and the new directive aims to remove barriers to higher education for the overwhelmingly minority population that’s had encounters with the law or disciplinary issues through high school.”

Instructions are outlined in a cumbersome document (Beyond the Box) issued by the U.S Department of Education (ED) this month. It says that ‘data show plainly that people of color are more likely to come in contact with the justice system due, in part, to punitive school disciplinary policies that disproportionately impact certain student groups and racial profiling.’ Because education can be a powerful pathway to transition out of prison and into the workforce, it’s critical to ensure that admissions practices don’t disproportionately disadvantage justice involved individuals, the directive states. Colleges and universities should also refrain from inquiring about a student’s school disciplinary history—including past academic dishonesty—because that too discriminates against minorities. Civil rights data compiled by ED show ‘black students are suspended and expelled at a rate three times greater than white students and often for the same types of infractions.’

Therefore colleges and universities should consider designing admissions policies that don’t include disciplinary history so they don’t have the ‘unjustified effect of discriminating against individuals on the basis of race, color, national origin, sex, religion and disability,’ the new ED guidelines state. Three out of four colleges and universities collect high school disciplinary information and 89% of those institutions use the information to make admissions decisions, according to the order. That needs to change, according to the administration. A few years ago it warned public elementary and high schools to administer student discipline without discriminating on the bases of race, color or national origin because too many minority students—especially blacks—were getting suspended. The feds assert they issued the directive after reports of ‘racial disparities’ in ‘exclusionary discipline policies’ that created a ‘school to prison pipeline.

Oh, “data show”? Well, as long as “data show,” who can argue with that? Actually, anyone with a functioning, non-progressive virus-infected brain can, and should, argue with that. What “data show” is that Blacks, and to a much lesser degree, Hispanics, particularly males, commit not only the overwhelming majority of disciplinary offenses in schools, they commit the overwhelming majority of crimes in schools and elsewhere, at rates far outstripping their numbers in the population. This has been known for as long as such statistics have been kept. Rational people understand that the problem is such people choose to misbehave in school and to commit crimes. Obamites and other Progressives are embarrassed by what “data show,” because the data exposes their ideology as a lie, therefore, they have to pretend that the criminals are the helpless, innocent victims of statistical racism and purposeful, institutional discrimination, an issue I explored in March of 2014 with Race-Based School Discipline: The Movement Continues, and in November of 2014 in Race-Based School Discipline Finds Fertile Ground In Minnesota.

The Progressive point is simplicity itself: don’t deal with the problem, just stop collecting the data and change the messaging to blame Conservatives.

The Atlantic makes the Obamite case:

Gathering background information about future students is a core business of admissions departments, but some box opponents believe the criminal-history question has an unintended negative effect. “Students of color are the most likely to be harmed by putting these questions on the application,” said Natalie Sokoloff, professor emerita of sociology at John Jay College of Criminal Justice. She conducted a study that looked at the use of (or absence of) the question by two-year and four-year colleges in Maryland, a total of 50 schools. She analyzed all application forms used during one year and concluded that 40 percent included a question about criminal background. ‘Public four-year and two-year colleges are less likely to ask the question at the state and national level. Places that are more likely to give an opportunity to people with criminal records are two-year public colleges, and places that are least likely are private four-year colleges,’ she said.

Sokoloff believes, ‘These kinds of practices really are de facto forms of race-based discrimination, because people of color are disproportionately impacted by these policies.’ Scholars like Sokoloff, reform advocates, and public thinkers often point to the structural racism already at work in school systems—in which the over-disciplining of black children creates a school-to-prison pipeline. So not only are black students more likely to end up in prison than other groups, but once they are released and attempting to break that cycle by applying to college, they are more likely to confront the box—and the conundrum of whether or not to check it.

‘This question doesn’t belong on the college-admissions form any more than questions about the weather belong there,’ said Barmak Nassirian, current director of policy analysis with the American Association of State Colleges and Universities. The organization represents 420 four-year colleges, universities, and other educational institutions. ‘These are not facts that in any way relate to the matter at hand,’ he said, ‘which is to decide if someone is qualified to come learn something.’ Nassirian also agreed that the school-discipline and criminal-history questions disproportionately affect low-income students, students of color, and students with disabilities. ‘We know that communities of color and students with disabilities are disproportionately affected by run-ins with the law’; it follows that they are more often asked to disclose such histories. ‘This mindless adoption of these mechanical so-called ‘safety checks’ does have the predictable downside of disproportionately affecting the students who need it the most,’ he said. ‘This amounts to extrajudicial punishment on someone who has already served a punishment for a crime.

In our non-Council category, the winner was Christian Lowe in the Federalist with ‘Real Sports’ Trolls Public About America’s Most Popular Riflesubmitted by The Daley Gator
. It’s a great piece that looks at how the Leftist media promotes its anti-Second Amendment agenda at all costs.

Here are this week’s full results. Only Angry White Dude and Fausta were unable to vote, but neither was subject to the usual 2/3 vote penalty for not voting: