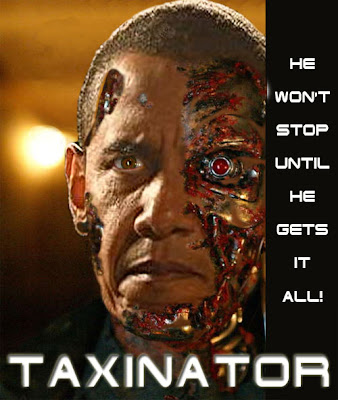 Another week has passed, and the Council has spoken!

In the Council category, the winner this week was Bookworm Room with The Perils Of An Affirmative Action President:

My argument is that Barack Obama is one of the number of useless, mediocre people who, thanks to affirmative action, have been elevated to a position far above their natural abilities. The absence of grades is not the only indication of Obama’s intellectual weakness. (And believe me, if his grades were good, they’d be published in every paper in America, including the want ads.)

Everything Obama’s turned his hand to — except for using people to advance his career — has failed. The Annenberg Challenge was a $100 million disaster. His legal career was, to say that least, undistinguished. (I should add here that junior associates always have undistinguished careers. There’s just not that much scope there.) His tenure as an Illinois State Senator was marked by dithering indecision, coupled with the intelligent strategy, for a stupid person, of simply vanishing when the votes came around. The same holds true for his career in the United States Senator. If you examine those two tenures in political office without the gloss of the media love affair, all you’ve got is plenty of nothing.

Obama’s professorship at the U. of Chicago law school was equally undistinguished. He published nothing. His disquisitions on the Constitution show he knows nothing. That is, he doesn’t even have the true intellectual’s excuse of fully understanding, but nevertheless arguing against, the language of the Constitution itself or the standard interpretations of that language. I pity the students who had his class.

In the non-Council category the winner was The Rosistance for The Lawyer in the White House, the Spy in Federal Prison: Giving Away National Security :

The President is now going to give away our national intelligence gathering and analysis capabilities, as now “discovery” is in play, and you can bet the rest of the world will be clamoring for official transcripts of the trial, and full sets of all evidence, so they can discern how we finally caught them after we first let them do their harm to the nation and our society. The men who have cost this nation close to over 7,000 lives (9/11 and the military casualties), not to mention the tens of thousands who were wounded, and on top of all of that, the massive amount of spending to demolish, then reconstruct ships, and structures they destroyed. And don’t forget to add to that the spending, both governmentally and personally, in excess of just flying from one place to another, pretty much anywhere in the world, and the cost of the delivery of goods by shipping. Yes, airport/airline and port security are major costs we have had to bear because a few men think the entire world deserves to return the the salad days of living in the desert with tents and slaves from all other parts of the world they could easily reach, or take by force of arms.

Just as the disclosures by the New York Times regarding the tracking of terrorists by their cell phone signals put out our eyes, followed by the disclosure that the US was tracking money moving to the terrorists in the international electronic banking network put us in the dark again, the discovery process will be a very similar exposure of how we actually keep ourselves protected from mass murdering individuals and groups and other nations.

Council Notes: We currently have a seat open for a qualified blogger on the Council up for grabs. If you’re interested, you may apply here…or e-mail me at rmill2k@msn.com for details.

And remember, If you want to see your blog piece listed on the Watcher’s Council page our generous offer of link whorage remains open. Here’s how you take advantage of it: