This week’s winning entry, Joshuapundit’s Israel’s New Challenge: Defeating The Third Intifada is a slightly different take on the current war between Israel and Hamas, and especially that it is no accident. Here’s a slice: 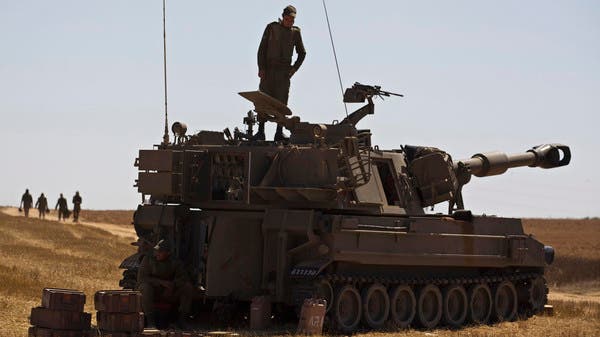 Israel once again finds itself fighting in Gaza.

The reason’s fairly simple. The lust for Jewish blood among a substantial number of the Arabs who identify themselves as Palestinians is simply their strongest impulse, their raison d’être. There is no peace, because one side simply wants the other dead.

There is not a single Israeli civilian or soldier in Gaza today, not since Israel removed the 8,000 Jewish residents who had lived there over 30 years from their homes and gave it to the Arabs who call themselves Palestinians as a sacrifice ‘for peace.’

The Palestinians could have built whatever kind of society they wanted in Gaza. But even before Hamas took over, Gaza’s main export to Israel was terrorism. Israel, with Egypt’s assistance, maintained a blockade on Gaza to curtail the import of heavy weapons, usually emanating from Iran that saved Israeli lives, but cost Israel deeply when it came to the ‘international community’, who always seem to have special rules when it comes to Israel defending itself. The carnage emanating from Gaza has slowed at times, but literally thousands of rockets, mortar shells and terrorist strikes have emanated from Gaza, and they’ve never ended. Israelis became used to running for shelter, especially in the south:

This latest onslaught saw over 100 rockets in 24 hours rained down on Israel, and with Hamas rejecting offers from Israel of ‘quiet for quiet’, that’s where we stand now. The Israelis have carried out a number of decisive strikes and have called up 42,000 reserves, while Hamas has launched missiles at central Israel, at Jerusalem, and at Tel Aviv, a step they had to know was going to provoke an Israeli ground response.

So what’s the story behind the story? Why is Hamas going for broke now, and what does it mean? Whether Israel realizes it or not, they are facing the Third Intifada, although how it unfolds is still developing. Of course, it doesn’t look like previous intifadas because circumstances and tactics have changed. But the end goal is the same. And the chief strategist isn’t Hamas, but Mahmoud Abbas. 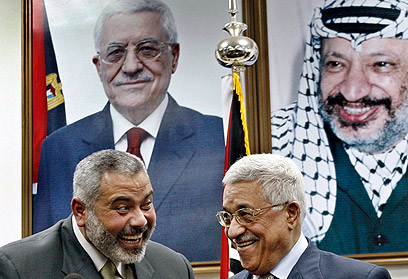 Hamas has been isolated by Israel and the new Egyptian government of al-Sisi, who has declared Hamas’ parent movement the Muslim Brotherhood an illegal terrorist organization. Weapons coming in from Iran have slowed considerably, and money is tight. A sign of this was the attempt by Hamas ally Robert Serry, the supposedly neutral UN Mideast envoy to illegally funnel $20 million to Hamas in Gaza from Qatar.

The current Hamas and Fatah unity government agreement came about, mostly on Abbas’ terms, because of Hamas’ sharply reduced fortunes, while Abbas has the UN, the Obama Administration and the EU funding and backing him, even with Hamas now on his team. According to my sources, part of the negotiations also involved joint efforts towards the goal both Hamas and Fatah agree on, the destruction of Israel. 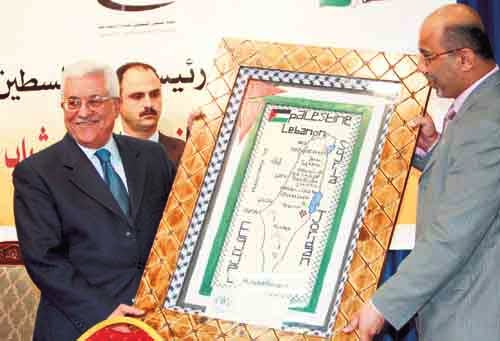 The Israelis, already outraged at the unity agreement and the West’s apparent willingness to fund a murderous terrorist group like Hamas were further energized by the kidnapping and murder of three Israeli teens by Hamas operatives, whose mutilated bodies were found shoved into a hole near Hebron. In response, the Israelis began to obliterate the Hamas infrastructure in Judea and Samaria.

But then, the subsequent murder of Arab teen Mohammed Abu Kheidr by what appear to be a trio of Jewish football hooligans suddenly presented Hamas and Fatah with a golden opportunity. It was used as a signal to launch what had already been planned. Vast riots, violence and destruction took place throughout Israel egged on by Fatah while Hamas stepped up its rocket and mortar attacks.

Hamas also had plans to join Fatah in the ground attack on Israel itself. They had a huge tunnel dug from Rafah under Israel’s border fence for a massive planned assault on Israeli communities in the south, and tried an amphibious attack on Israel’s coast. Both attacks were repulsed with heavy losses. Meanwhile, Israel’s Iron Dome missile defense system and the IDF’s air strikes on Hamas’ infrastructure were even more effective than Hamas had planned on and that Israel had hoped.

Israel’s ‘peace partner’ Mahmoud Abbas has also been doing his part. Fatah has several hundred militiamen in Gaza, including members of the Palestinian Authority security forces who have their salaries paid by Western governments. They have eagerly joined in firing rockets at Israel’s civilians. Abbas has done nothing to stop them.

Abbas has several huge assets his old boss Yasser Arafat could only have dreamed about, and they’re key to understanding what’s being planned. First and foremost, in Barack Hussein Obama, Abbas has a president in the White House who loathes Israel and who sees himself as Palestine’s community organizer.

More at the link about Abbas’ strategy and how Israel can defeat it.

In our non-Council category, the winner was long tome Council favorite Daniel Greenfield, AKA Sultan Knish with A Game Changer In Gaza submitted by The Independent Sentinel. Knish writes with his usual clarity and common sense about the choices Israel faces in dealing with Palestinian terrorism.