“Pray for the peace of Jerusalem. They shall prosper that love thee.” – Psalms. 122:6

“It’s not enough for us to say: ‘There are those carrying out Ribat’ (religious war over land claimed to be Islamic). We must all carry out Ribat in the Al-Aqsa [Mosque]. It’s not enough for us to say: ‘The settlers have arrived [at the Mosque]’. They have come, and  we have to prevent them, by any means necessary, from entering the Sanctuary. They have no right to enter it. They have no right to defile it. – Mahmoud Abbas, inciting violence on Official Palestinian Authority TV, Oct. 19, 2014

Jerusalem is united. it will never be divided again – Yitzhak Rabin

This week’s winning essay,Joshuapundit’s –A Murder In Jerusalem…And What To Do About It is pretty much about what the title implies it is..a brutal murder committed during the recent outbreak of violence in Jerusalem and my thoughts how to end it decisively. Here’s a slice:

Last night, A three-month-old baby was murdered and at least seven pedestrians in Jerusalem after a terrorist attack as an Arab driver deliberately drove his car into a crowd of people waiting at a Light Rail station close to the National Police headquarters. 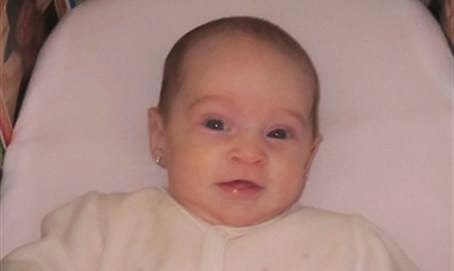 The baby, Chayah Zissel Bron (HY”D) was an American citizen.

The killer has been identified as Abdelrahman al-Shaludi, who previously served time in jail for terrorist activities ( he was the nephew of Mohiyedine Sharif, Hamas’s former chief bomb maker) and has been identified by Israeli government spokesman Ofir Gendelman as a member of Hamas. He was shot by police as he attempted to flee and later died in the hospital. He had bragged for months on social media that he wished to murder Jews.

Needless to say, both Hamas and ‘moderate’ Fatah made him into a hero.

They published this poster honoring him. “The Silwan branch of Fatah honors the heroic martyr Abdel Rahman Al-Shaludi, who executed the Jerusalem operation which led to the running over of settlers in the occupied city of Jerusalem,” read the notice, posted on Fatah’s official Facebook page.

Both Hamas  and Islamic Jihad also praised the attack, with Hamas spokesman Mushir al-Masri, a senior Hamas spokesperson saying, “The attack in Jerusalem is an act of heroism and a natural response to the crimes of the occupation against our people and our holy places.”

Yes that is exactly how they look at it. Al-Shaludi’s family also received a financial award from Fatah. Yes, the murderer of an American citizen received blood money paid for by your tax dollars.

He was reportedly a resident of Silwan. I’d love to know why this cockroach was free and living in Jerusalem.Was he one of the terrorists freed from custody as a ‘gesture’ to Abbas? Or perhaps as part of the Shalit deal?

Nor was that the only violence in Jerusalem today. There was sporadic rioting in the Arab neighborhoods of Jerusalem, and a Jewish kindergarten in East Jerusalem in the Ma’ale Hazeitim neighborhood on the Mount of Olives was pelted this morning by stones thrown at the children in their playground.

And attacks on the light rail continued, with Arab residents of the city hurling rocks and damaging two train cars in Shuafat.

“This is how [PA President Abbas’s] partners in government act, the same Abbas who just a few days ago incited attacks on Jews in Jerusalem,” Netanyahu said in a statement. Abbas has called for the Arabs whom identify themselves as Palestinians to ‘resist the settlers’ by any means necessary.

Of course Abbas is responsible. As I revealed previously, this intifadah, these attacks on Jews in Jerusalem and elsewhere were  planned at least a year ago, just like the last intifadah was by Arafat. Abbas and Hamas/Fatah were simply waiting for a good opportunity to unleash it. But Netanyahu is wrong here. The real blame lies with him and the Israeli government, who have put up with this nonsense for months.

It is the Arabs whom ethnically cleansed every Jews from their part of Jerusalem when they invaded the city in 1948. It is the Arabs who refused Jews access to their holy sites, who vandalized Jewish cemeteries, who destroyed 28 historic synagogues in the city and used the Western Wall as a garbage dump.It is the Israelis who offered to put that behind them, to share Jerusalem, share the Temple Mount and live in peace after reuniting the city in 1967. It is Israel who allowed the al-Aksa mosque to remain open.

It is time the Israeli government realized that this policy of reconciliation is a failure.For too many of the Arab residents of Jerusalem, sharing is simply not in their vocabulary.

Especially egregious to me was the reaction of America’s State Department. “We express our deepest condolences to the family of the baby, reportedly an American citizen, who was killed in this despicable attack,” State Department spokeswoman Jen Psaki said in a statement.

“We urge all sides to maintain calm and avoid escalating tensions in the wake of this incident.”

All sides? So according to our State Department, Israel and the Arabs who call themselves Palestinians are equally to blame?And it’s merely an ‘incident’ not a terrorist attack?

Maintain calm? Avoid escalating tension? Who is escalating the tension? Is it Israeli Jews murdering U.S. citizens in Jerusalem? What if it was your child, Ms. Psaki? Would you still call for restraint?

And if it was such a despicable attack, why is the U.S. government still funding Hamas/Fatah? And pressuring Israel for more and more concessions to the sort of people whom think this kind of attack is a heroic and even a holy thing?

Just compare the U.S. State Department’s reaction with that of Australian Ambassador to Israel Dave Sharma who posted this message on Twitter:

He wasn’t afraid to use the ‘T’ word, you’ll notice. And there’s no language in his message implying that Israel is equally to blame for this atrocity.

All that aside, what really counts now is Israel’s reaction.

Netanyahu has said he plans to reinforce the police units in Jerusalem, and come up with new plans formulated to deal with riots.Well and good, but it isn’t going to solve the problem.Israel needs to provide natural consequences for the violence that matters to the perpetrators, and frankly, a stint in the comfortable Israeli jails with three square meals a day, status as a ‘martyr’ and a nifty salary from the Palestinian Authority as a reward for killing Jews doesn’t qualify.

In our non-Council category, the winner was Peggy Noonan in the Wall Street Journal with an interesting piece, How to Lose, and Win, Graciously submitted by The Watcher. I admit to having my differences with Ms. Noonan, dating from her original love affair with candidate Barack Obama in 2008 that led her to trash vice presidential candidate Sarah Palin in obscenely nasty terms over a hot mic – and then to try to lie about it.

It’s interesting because it shows the degree that Ms. Noonan has fallen out of love with this president, to the point where she counsels him to act with a little class, humility and decency in the wake of his recent political repudiation for the good of the country..but admits with a sigh that it probably just isn’t in him.

If I were to discuss this personally with Ms. Noonan, I might have more to say to her face about this, but for our purposes, I just recommend that you read this very well written column.