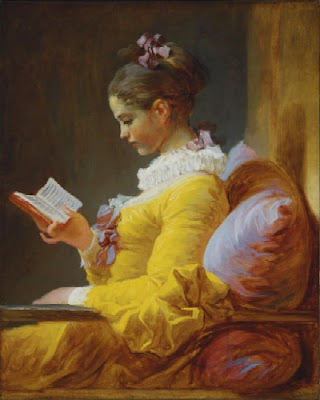 The Council has spoken, the votes have been cast, and the results are in for this week, carved eternally in the akhasic records of cyberspace.

The anniversary of Pearl Harbor and some of the nonsensical politically correct verbiage out there about how Evil America interned the Japanese touched a chord in this week’s winner, Bookworm Room’s My Mother’s War, Courtesy Of Pearl Harbor . As a contrast, Bookworm Room shares with us how her mother and others under Japanese occupation in Java were treated when they were interned by the Japanese. Here’s a slice:

In 1941, my mother was a 17 year old Dutch girl living in Java. Life was good then. Although the war was raging in Europe, and Holland had long been under Nazi occupation, the colonies were still outside the theater of war. The colonial Dutch therefore were able to enjoy the traditional perks of the Empire, with lovely homes, tended by cheap Indonesian labor. All that changed with the attack on Pearl Harbor.

Most Americans think of Pearl Harbor as a uniquely American event, not realizing that it was simply the opening salvo the Japanese fired in their generalized war to gain total ascendancy in the Pacific. While Pearl Harbor devastated the American navy, the Japanese did not conquer American soil. Residents in the Philippines (American territory), Indonesia (Dutch territory), Malaya (British territory), and Singapore (also British) were not so lucky. Each of those islands fell completely to the Japanese, and the civilians on those islands found themselves prisoners of war.

In the beginning, things didn’t look so bad. The Japanese immediately set about concentrating the civilian population by moving people into group housing, but that was tolerable. The next step, however, was to remove all the men, and any boys who weren’t actually small children. (Wait, I misspoke. The next step was the slaughter of household pets — dogs and cats — which was accomplished by picking them up by their hind legs and smashing their heads against walls and trees.)

After this separation, the men and women remained completely segregated for the remainder of the war. The men were subjected to brutal slave labor, and had an attrition rate much higher than the women did. Also, with the typical Bushido disrespect for men who didn’t have the decency to kill themselves, rather than to surrender, the men were tortured at a rather consistent rate.

One of my mother’s friends discovered, at war’s end, that her husband had been decapitated. This is what it looked like when the Japanese decapitated a prisoner (the prisoner in this case being an Australian airman): The women were not decapitated, but they were subjected to terrible tortures. After the men were taken away, the women and children were loaded in trucks and taken to various camps. The truck rides were torturous. The women and children were packed into the trucks, with no food, no water, no toilet, facilities, and no shade, and traveled for hours in the steamy equatorial heat.

Once in camp, the women were given small shelves to sleep on (about 24 inches across), row after row, like sardines. They were periodically subjected to group punishments. The one that lives in my mother’s memory more than sixty years after the fact was the requirement that they stand in the camp compound, in the sun, for 24 hours. No food, no water, no shade, no sitting down, no restroom breaks (and many of the women were liquid with dysentery and other intestinal diseases and parasitical problems). For 24 hours, they’d just stand there, in the humid, 90+ degree temperature, under the blazing tropical sun. The older women, the children and the sick died where they stood.

There were other indignities. One of the camp commandants believed himself to have “moon madness.” Whenever there was a full moon, he gave himself license to seek out the prisoners and torture those who took his fancy. He liked to use knives. He was the only Japanese camp commandant in Java who was executed after the war for war crimes.

Not exactly “Farewell to Manzanar”, was it?

In our non-Council category, we had some particularly good entries this week, and the winner was Barry Rubin for Middle East: We’re Going to Have a Revolution and We Can Do it the Hard Way or the Easy Way submitted by Joshuapundit. Professor Rubin gave us an excellent piece on how the Muslim Brotherhood sees the near future as they look towards gradually taking control of a large chunk of the Middle East.