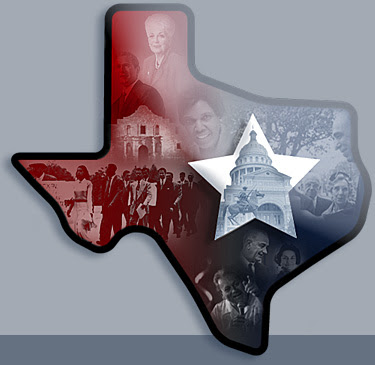 The Council has spoken, the votes have been cast, and the results are in for this week’s Watcher’s Council match up, carved eternally in the akhasic records of cyberspace.

There was a great deal of attention this week from the Council on Th eObama Administration’s attack on the First Amendment via Secretary of Health and Human Services Kathleen Sebelius’ fatwa requiring religious institutions like those run by the Catholic Church to provide birth control, sterilization and abortion services to their employees as part of the health insurance requirements of ObamaCare. This week’s winner, Rhymes With Right‘s Should The Catholic Church Go Medieval Over ObamaCare Regulations? proposes that the Church fight back with some ancient strategies. Here’s a slice:

On January 20, 2012, Secretary of Health and Human Services Kathleen Sebelius issued a regulation which required religiously affiliated employers to provide their employees with free sterilization and contraceptives(including abortifacients) even if doing so violated the religious tenets of the organization. While there was a small carve-out that would allow actual houses of worship to refrain from offering such coverage, the regulation would require Catholic schools, hospitals, and charities to pay for such insurance coverage if they employed or served a significant number of non-Catholic employees. While the regulation is not aimed directly at the Catholic Church – it applies equally to other faith groups with teachings against sterilization, birth control, and abortion – it is clear that the biggest impact will be upon Catholic groups.

The uproar was immediate and loud. On February 10, President Obama himself seemed to offer a compromise option, but reality is that the changed wording and presentation did not constitute a substantive change of law or policy. What’s more, Senate Majority Leader Harry Reid blocked efforts to introduce and vote on legislation that would have blocked any regulation of this sort, ensuring that President Obama’s allies would ensure that there was no chance to undo the “compromise” – which the President has indicated will be implemented this August. This means that the American people will not have the ability to install new leaders before religious organizations are forced to surrender their principles, pay crippling fines, or shut down.

As I’ve examined the current situation, it strikes me that this attack on religion is unprecedented in American history and that it flies in the face of the guarantees found in the Bill of Rights. But attacks upon the faith are not unprecedented in the history of the Catholic Church. From Apostolic times through the Middle Ages and Reformation and up to the present, there have been political leaders whose lust for power and personal glorification have led them to seek to undercut the teachings of the Church and its spiritual prerogatives. The faithful died in the arenas of the Roman Empire rather than burn incense at the altars of the emperors, popes engaged in political and military conflict with enemies through the ages, and courageous bishops and priests spread the great encyclical letter Mit Brennender Sorge in the face of the Nazi regime in 1938. And if Pope John Paul II had the ability to undermine Communism in Poland and the other nations behind the Iron Curtain, what might his friend, co-worker, and successor Pope Benedict XVI be able to do regarding this effort by Barack Obama to force the Catholic Church to act contrary to its teachings?

Some might ask Josef Stalin’s question – how many divisions does the pope have? But one need only remember that the Church has survived conflicts with greater men than the current occupant of 1600 Pennsylvania Avenue and that Christ himself promised Simon Peter that the gates of Hell will not prevail against him and his successors – a promise kept for some two millennia. All that is necessary is for Benedict to deploy the full force of the spiritual weapons in his arsenal. It would not be unreasonable for him to follow some of the historical precedents for their use in this case. Indeed, I’d argue that the Pope might consider taking a course that has both modern precedent and roots in the medieval period.

To this end, I believe that an encyclical letter, with its definitive version written in English, ought to be issued. In doing this, Pope Benedict would be following the precedent of Pope Pius XI in issuing Mit Brennender Sorge in 1938. The young Joseph Ratzinger would have heard as this denunciation of Nazism was read from the pulpit of his church on Palm Sunday, 1938, as it was in virtually every German church. Benedict should act in kind now, speaking as pastor to his flock and as head of state challenging the misdeeds of the American government — and require that the encyclical be read in every Catholic church on the same Sunday.

What should be included in this encyclical? I would suggest several elements. The first part would be a restatement of the teachings of Vatican II on the proper relationship of church and state, and an analysis as to how the Obama Regime mandate is incompatible with that relationship. It should be made clear that this is not a claim of special privilege, but a function of natural law that applies to all who claim the title of Christian and to non-Christians as well. No government, whether democracy, monarchy, or dictatorship, has within the scope of its authority to direct a faith community to commit actions that are at odds with its fundamental teachings.

The second part of the encyclical should lay out the consequences of the promulgation of this new regulation and its successor. This should begin with an announcement that Secretary of Health and Human Services Kathleen Sebelius is immediately excommunicated, as are any other Catholics within the senior staff of the department. In addition, immediate excommunication should also fall upon any Catholic member of Congress who voted for ObamaCare. Lest there be any confusion on the matter, the individuals excommunicated should be listed by name. In addition, latae sententia will be incurred by any Catholic who directly enforces or causes to be enforced the requirements of the new regulations. Similar sanctions should be directed at state officials in the 28 state with similar provisions in state law. At least as regards the public officials, the lifting of the excommunication ought to be reserved to the Holy Father himself. The second consequence contained within the encyclical ought to include the imposition of interdict upon the United States if the regulation is not rescinded by a certain date, with the interdict to be lifted only upon the lifting of the regulation and the return of any and all property seized as a consequence of failure to comply with the regulation.

Here are this week’s full results. New Zeal was unable to vote this week, and was affected by the 2/3 vote penalty: