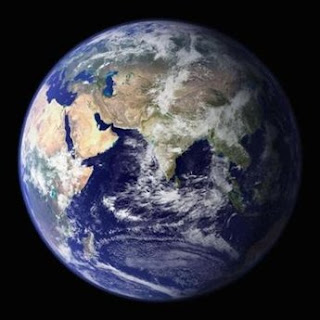 It’s Friday, and that means that as always Watcher’s Council has picked from amongst some of the best and most scintillating items in the blogosphere for our weekly winners…

In the Council category, the winner this week was The Razor with Obama The Weak Horse:

A friend who voted for Obama last year (and regrets his decision BTW) asked me why I opposed the civil prosecution of terrorists and supported military tribunals. He thought that treating them as run-of-the-mill criminals was an insult, and that by convicting and sentencing them in a military tribunal elevated their status from terrorist to warrior. Here are the reasons I gave him for why I believe that Attorney General Eric Holder’s decision is the worst political decision made since President Ford pardoned Nixon in 1974.

1. Confusion on the battlefield. Imagine that a terrorist has been captured near the Afghan-Pakistan border. The commander in the field has to consider what the likely political decision will be: will he be tried in an American civilian court or in a military tribunal? At the point of time of capture – and for weeks later – he won’t know whether to mirandize the terrorist and give him an attorney or detain him for military tribunal. This reflects the role of the military in conflict: are they soldiers subject to the rules of war, or are they well-armed policemen?

It’s not clear whether this political decision to try one terrorist in a military tribunal and another in a civilian court is even legal. One terrorist who is tried in military court could demand to be tried in civilian – or vice versa. Sen. Lindsay Graham pointed out yesterday in the hearing with the Attorney General that this was one example how the decision clearly wasn’t well thought out by Holder and the administration.

In the non-Council category the winner was Council alumnus A.J. Strata at The Strata-Sphere for Alarmist hide truth about (lack of ) global warming:

I have not had to work this hard on a post for quite a while, but the topic is – after all – the total annihilation of the Earth by man-made CO2. So I have set aside some work and free time to investigate some critical data that shows, without much doubt, that man-made global warming is a con, a false alarm created by shoddy statistics and faux science. The emails and data are conclusive in demonstrating a pattern of cover up and misinformation in this matter by CRU and others (especially if they were to be presented to a grand jury for possible indictment).

I will say this up front: some alarmist may have been overcome by self obsession over becoming apparent heros to planet Earth and all humankind. Not pretty, but understandable. But others are strictly in it for the power and the money, and I will let history sort who falls were. I will also say this, the person who hacked the Hadley Climate Research Unit (CRU) did the world a huge favor by exposing the real data behind all the global warming false alarms.

I am going to focus this post on two key documents that became public with the recent whistle blowing at CRU. The first document concerns the accuracy of the land based temperature measurements, which make up the core of the climate alarmists claims about warming. When we look at the CRU error budget and error margins we find a glimmer of reality setting in, in that there is no way to detect the claimed warming trend with the claimed accuracy.

Council Notes:We currently have a seat open for a qualified blogger on the Council up for grabs. If you’re interested, you may apply here…or e-mail me at rmill2k@msn.com for details.

And remember, If you want to see your blog piece listed on the Watcher’s Council page our generous offer of link whorage remains open. Here’s how you take advantage of it:<

Here’s the complete rundown of this week’s results. Only Rhymes With Right and the Provacateur were unable to vote this week and suffered the mandatory 2/3 vote penalty, but it had no effect on the outcome this week.

Here are this week’s winners: