How Tax Cheaters Exposed The Hypocrisy of Change 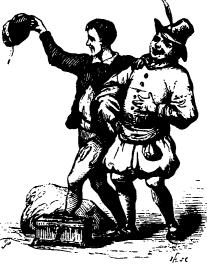 A new week is upon us and who would have imagined that an ever expanding group of tax cheaters of Democrat ilk would expose our new President for the hypocrite that he so obviously is? Don’t answer that, we did.

I have little time to dissect the events that led up to the latest Obama apology tour, admitting that he “screwed up”. This admission came after Tom Daschle pleaded for forgiveness indicating that he “made a mistake”!  This is the new theme in Washington. Tax cheaters in elected office are simply mistaken when caught, even if they currently hold or at one time held titles that helped make and enforce the rules that put the regular guy behind bars for making the same mistake(s).

So here we sit, a couple of weeks into the new administration of change and see that it is riddled with Washington insiders that believe change means returning to the old ways of the Clinton administration, bringing in an new era of old crooks. Tim Geithner, Nancy Killefer and Tom Daschle are just the tip of the iceberg. The party that decried the culture of corruption with the help of the illegitimate is filled with corrupt lawless hypocrites that should have their own property confiscated while they sit rotting in jail. William Jefferson, Charlie Rangel, Christopher Dodd, Harry Reid and even Barney Frank should join them. These crooked politicians get a pass by a corrupt media that helped them achieve power. Where are the fines? Where is the confiscation of their property by the federal government? Why doesn’t the IRS ever manage to catch these people when they cheat?

We are in a world of trouble and these snake oil salesmen are the problem, not the solution.  I heard Michael Savage talking about this and he is correct, “The Emperor has No Clothes“.

Please enjoy this week’s submissions as a new contest gets underway. Pass them on.