Do you hate America? Do you despise everything it stands for? Do you want to destroy this country? Then division and polarization is how you do it.

The Founders were pretty astute men, especially for their time. The country’s motto “e Pluribus Unum” was coined at its birth, as if portending the manner of its death. The Founders knew that keeping the country together would be the most difficult challenge they, and their successors in government, would face, which is why they came up with the system they did. Even that wasn’t perfect, which is why less than 90 years after its founding, the US went through a brutal civil war, the worst event in our nation’s history. 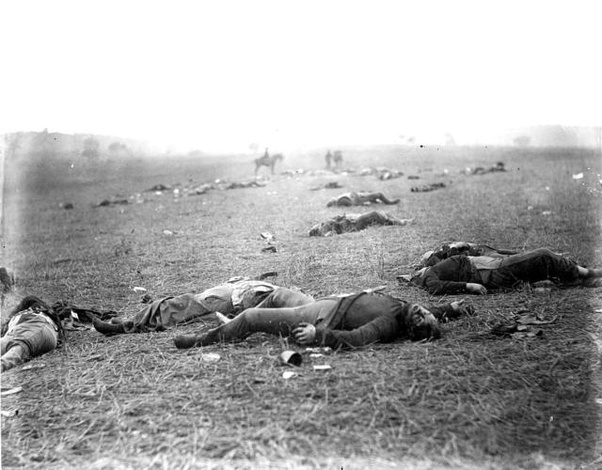 The Fruits of Division – The Dead at Gettysburg (source)

A Political Food Fight: How the news media profits by feeding the partisan divide | The Milwaukee Independent

And this: Peter Turchin’s prediction of political violence in the US: The Next Decade Could Be Even Worse

As a Trump voting conservative American who believes our Constitution is one of History’s greatest documents ever written, I see a civil war brewing that pits American against American, stoked by yellow journalism, shallow politicians and foreign powers – but worst of all the ignorance of our own people.

We’ve gotten so conditioned to division that it has become normal. Liberals cut off their conservative friends. Conservatives harangue their liberal family members.

Such behavior ignores a simple truth: Most of what we know at any given time is wrong. Our opinions are often based on lies and half-truths, and when we change them we do so without acknowledging our past. We are opinionated, petty, arrogant and pretentious – or at least that’s how the other side sees us. And most of the time we are wrong.

We’ve got to figure out how to live together, or else who will be the first to end the greatest social experiment the world has ever seen. 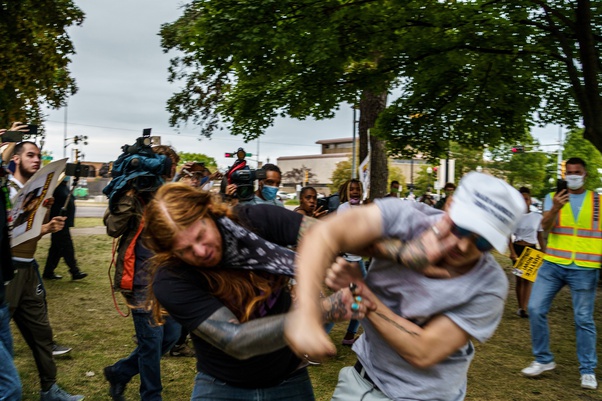 Former Rolling Stone now independent journalist Matt Taibbi writes, “Eight years ago, at the height of anger toward Wall Street, the American Conservative wrote about the “revolt of the rich,” saying, “Our plutocracy now lives like the British in colonial India: in the place and ruling it, but not of it.” They pointed out that in both world wars, the Harvard man and the New York socialite alike “knew the weight of an army pack.” By the 21st century, war became a job for lower-class suckers, with soldiers being one of many groups targeted by predatory lending in the crash era. Conflicts in places like Afghanistan drag on forever because the children of Important People mostly don’t serve. We have very wealthy people, but walled off in an archipelago of tax and criminal justice loopholes that give them more common statehood with other plutocrats in Europe and Asia than with other Americans.”

Follow the money and end the madness before it ends us.