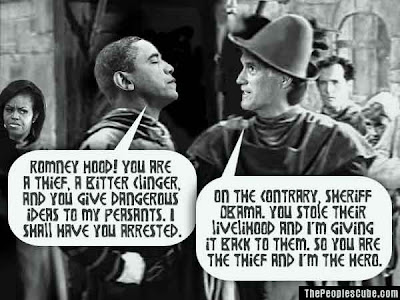 It’s one of the more interesting months, somehow not quite summer but not quite Autumn.It’s a transition month between the two, a time for ramping things up as we head for the year’s end. And that’s never more true than in an election year.

The conventions, watched by one of the smallest audiences ever are over and done with, as Americans begin, as they historically do, to pay close attention to the elections.

In spite of a massive campaign by the media to convince the American people that the campaign is over and Barack Obama is headed towards re-election, the real, uncooked numbers suggest otherwise and the election pretty much remains a dead heat, and likely will until the debates.I guarantee you, a lot more people will be watching the debates than the conventions.

Welcome to the Watcher’s Council, a blogging group consisting of some of the most incisive and well written blogs in the ‘sphere, and the longest running group of its kind in existence. Every week, the members nominate two posts each, one written by themselves and one written by someone from outside the group for consideration by the whole Council.Then we vote on the best two posts, with the results appearing on Friday.

Simply head over to Joshuapundit and post the title a link to the piece you want considered along with an e-mail address ( which won’t be published)anywhere in the comments section no later than Monday 6PM PST in order to be considered for our honorable mention category.

Then just return the favor by creating a post on your site linking to the Watcher’s Council contest for the week when it comes out Wednesday morning.Simple, no?

(*WARNING – Language advisory for some of the gifs on this one!!)