Hello and welcome to the Watcher’s Council’s new feature, ‘Weasel Of The Week’ feature, where we award the golden plastic Weasel to a public figure who particularly deserves to be publicly slimed and mocked for his or her dastardly deeds during the week. Every Tuesday morning, tune in for the Weasel of the Week nominations and check back Thursday to see which Weasel gets the votes and walks off with the statuette of shame!

The Noisy Room : for her comments on Bill Maher’s show:

“It would be very important for the Democrats to retain control of the Senate,” Pelosi told Maher. “Civilization as we know it today would be in jeopardy if the Republicans win the Senate.”;

The only thing that would be ‘endangered’ is Leftist Marxism and their unconstitutional mandates. If anything, civilization would take a much needed step forward with Republicans in full control. At least we would not be charging backwards towards a feudal state quite as fast, or embracing Progressivism quite as hard. Pelosi has not only ethical issues, she has sanity issues. NFL Commissioner ( at least at the time of writing) Roger Goodell!!

Virginia Right! : for his legendary inconsistency in punishment.

And now we find out that the elevator video of Rice actually hitting his girlfriend was probably seen – and ignored by Goodell. Until it went viral. 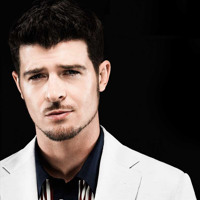 The Colossus of Rhodey : It’s bad enough he’ll never admit he (clearly) ripped off Marvin Gaye and his classic “Got To Give It Up” for his mega-hit “Blurred Lines,” but now he admits he never wrote the song in the first place!

The Independent Sentinel : For telling the Council of Pakistan Affairs and Islamic Society of Orange County that Sharia Law is compatible with the U.S. Constitution and for telling them that anyone who disagrees is a bigot.

So much for free speech and the right to dissent.

Nice Deb : for having the nerve to run for president after her ignominious term as Obama’s Secretary of State.

Never mind the scandals, lies and duplicity that marked her tenure as First Lady during the Clinton years.

Under Obama, she presided over a State Department at a time in which the Middle East descended into chaos, our relationship with our allies weakened, and her “reset” with Russia failed miserably. During her watch, the State Department was awash in scandals from the Benghazi cover-up (with new revelations this week) to rampant sex crimes overseas and the subsequent whistle-blower retaliations that followed.

Her only “accomplishment” – if you can call it that is the fact that she was the most traveled Sec. of State in US history.

Being a Democrat, and thus a weasel, she understands that the MSM will crawl across broken glass to help drag her across the finish in line in 2016. So she’s got that going for her and it’s no small thing.