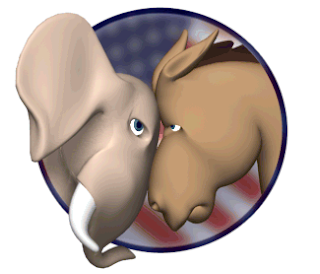 This week, Mitt Romney and President Barack Obama square off against each other on their first of three debates. I have a feeling the audience will be a decent sized one.

Needless to say, no matter who wins, the Obama media will call it for the president and release new polls showing the president ‘won’. You can also expect skewed exit polls showing President Obama winning handily and early calls of states ala’ Florida in 2000 to occur in a final effort to suppress GOP turnout.

Many of these people refer to themselves as journalists when in fact,they’re just campaign operatives.Not a good place for a free society to be.

This week, Right Truth , Against All Enemies, and The Pirate’s Cove took advantage of my generous offer of link whorage and earned honorable mention status with some great pieces they submitted.