Reports of Obamacare’s life are premature. Yes, we will still trump ObamaCare.

Liberals gloated last week when President Trump realized the Freedom Caucus was an immovable object, threw up his hands, and told the House to vote on Ryancare.

Up or down. He no longer cared. 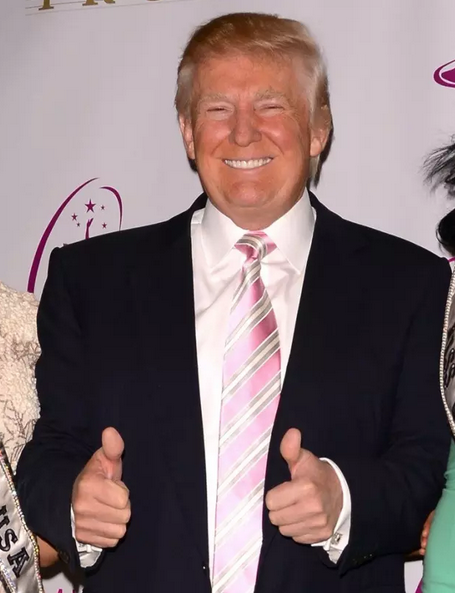 However, I realized it was a negotiating ploy to get a better deal. Not only that, but I realized by calling for the vote, President Trump had usurped House Speaker Paul Ryan’s power.

But people in Washington are so mesmerized by themselves that they think they are superior than the rest of us, and are no match for a rube TV celebrity.

They thought Trump’s presidency was dead and Obamacare will reign for the next thousand years.

In their minds, Mister Haney is no match for Oliver Wendell Douglas.

WASHINGTON — President Donald Trump suffered a stinging defeat Friday after House leaders abruptly canceled a vote that he had demanded on a bill to replace the Affordable Care Act because too many Republicans continued to oppose it.

House Speaker Paul Ryan said he pulled the bill Friday afternoon just minutes before the vote was to begin after consulting with Trump, and expressed disappointment at the failure to round up the Republican votes needed to pass it.

“We were very close, and it was a very, very tight margin,” Trump said. “We had no votes from the Democrats. They weren’t going to give us a single vote, so it’s a very difficult thing to do.”

The bill’s rejection by Republicans also took the luster off Trump’s vaunted negotiating skills as he stumbled in his first venture into legislative politics after making extensive efforts to woo and pressure recalcitrant and skittish Republicans to win their votes.

“We were very close, and it was a very, very tight margin,” Trump said. “We had no votes from the Democrats. They weren’t going to give us a single vote, so it’s a very difficult thing to do.”

Donald J. Trump ✔ @realDonaldTrump
Negotiations 101: The best deals you can make are the ones you walk away from…and then get them with better terms.

Folks, this is fun. I am having the time of my life.

Maureen Dowd spoke for her fellow creatures of the swamp lagoon on Sunday:

We’ve known each other a long time, so I think I can be blunt.

You know how you said at campaign rallies that you did not like being identified as a politician?

Don’t worry. No one will ever mistake you for a politician.

After this past week, they won’t even mistake you for a top-notch negotiator.

I was born here. The first image in my memory bank is the Capitol, all lit up at night. And my primary observation about Washington is this: Unless you’re careful, you end up turning into what you started out scorning.

And you, Donald, are getting a reputation as a sucker. And worse, a sucker who is a tool of the D.C. establishment.

Washington has not been so sure of itself than since it tried to draft Arnold Ziffle.

She wrote this, too:

You knew that Paul Ryan’s vaunted reputation as a policy wonk was fake news. Republicans have been running on repealing and replacing Obamacare for years and they never even bothered to come up with a valid alternative.

And neither did you, despite all your promises to replace Obamacare with “something terrific” because you wanted everyone to be covered.

Instead, you sold the D.O.A. bill the Irish undertaker gave you as though it were a luxury condo, ignoring the fact that it was a cruel flimflam, a huge tax cut for the rich disguised as a health care bill. You were so concerned with the “win” that you forgot your “forgotten” Americans, the older, poorer people in rural areas who would be hurt by the bill.

Bloomberg just reported something I knew would happen next:

House Republicans are considering making another run next week at passing the health-care bill they abruptly pulled from the floor in an embarrassing setback to their efforts to repeal Obamacare.

Two Republican lawmakers say that leaders are discussing holding a vote, even staying into the weekend if necessary, but it’s unclear what changes would be made to the GOP’s health bill. They described the discussions on condition of anonymity.

Members of the conservative House Freedom Caucus, who helped derail the bill, have been talking with some Republican moderate holdouts in an effort to identify changes that could bring them on board with the measure.

The renewed discussion comes after President Donald Trump and Republican leaders in Congress said they would move on to issues like a tax overhaul in the wake of last week’s drama, when the long-awaited bill was pulled 30 minutes ahead of a scheduled floor vote.

I have but one thing left to say for now.

This has been a Filmways presentation, dah-ling.

Don Surber is a retired newspaperman of forty years experience living in Poca, West Virginia. In July, he published Trump the Press on Amazon, a look at how the experts got the Republican nomination wrong.His new book, Trump The Establishment is a sequel covering the election.

Unified Patriots by Vassarbushmills (This is a work in progress, changing daily, as we move along from news story to news story.) Not yet two months into the Trump Administration, new news is coming fast and furious, and a lot of people are already beginning to worry that Trump is being damaged by [Read More]

This is it: the countdown to learning whether Obama will have been successful in fundamentally changing America or whether we can still resurrect something from the wreckage. This is an umbrella post with a variety of articles that touch upon the election, America’s culture wars, politics generally, the Middle East, [Read More]