On Quora an anonymous useful idiot asked, “Why do otherwise intelligent conservatives believe that liberals and progressives yearn to have a country like Venezuela?”

While researching the answer I came across some very good articles, most referenced in the answer below, but one in particular is worth mentioning. Dan Hannon, wrote in the Washington Examiner last year, “Socialist selective amnesia is not new, of course: Rewriting the past was a characteristic of Soviet regimes, brilliantly dramatized in George Orwell’s “Nineteen Eighty-Four.” The reason Leftists make such frequent use of what Orwell called “the memory hole” is that their heroes keep failing them.

The pattern is always the same. Socialists take power somewhere. Comfortable, middle-class Western Leftists rhapsodize about their achievements. Then, the regime leads, as socialist regimes invariably lead, to poverty and tyranny. At which point, without a blush, Western Leftists say that it was never properly socialist, and move on to their next Third World pin-up. ”

Well, on Venezuela the Liberals are in full memory hole, and my answer below calls them on it.

The question: Why do otherwise intelligent conservatives believe that liberals and progressives yearn to have a country like Venezuela?

Nope, nope, nope. I’m not letting you get away with that. I’m not going to let you progressives rewrite History. You guys loved Venezuela. It is yours. You broke it, you bought it.

Sure it was easy to love when oil was pushing $200 a barrel in 2008 and Venezuela was awash in petro-dollars. But everyone knew the good times wouldn’t last. Everyone except liberals and progressives. California should take note.

Here’s what progressive fave Noam Chomsky said in 2009: “What’s so exciting about at last visiting Venezuela is that I can see how a better world is being created.”

And actor Sean Penn, speaking after the death of Hugo Chavez, “Venezuela and its revolution will endure under the proven leadership of vice president Nicolas Maduro.”

Michael Moore after the death of Chavez: “Hugo Chávez declared the oil belonged 2 the ppl. He used the oil $ 2 eliminate 75% of extreme poverty, provide free health & education 4 all.”

Director Oliver Stone made a movie about Chavez’s Bolivarian Revolution in Latin America, South of the Border (2009 film) – Wikipedia. After Chavez’s death he released a statement, “’I mourn a great hero to the majority of his people and those who struggle throughout the world for a place.”

In 2005 Jesse Jackson had this to say about Venezuela, “Your focus on foreign debt, debt relief, and free and fair trade to overcome years of structural disorder, unnecessary military spending, land reform… these are some of the great themes of our time. They can change our world condition,” said Jackson.

Nobel Prize winning economist Joseph Stieglitz stated at a Caracas forum in 2007, “Venezuelan President Hugo Chavez appears to have had success in bringing health and education to the people in the poor neighborhoods of Caracas, to those who previously saw few benefits of the countries oil wealth.” Yep. Weasel-word appears. Guess he can technically disavow that statement.

And last but not least, former president Jimmy Carter praised Hugo Chavez after his death, saying, “We came to know a man who expressed a vision to bring profound changes to his country to benefit especially those people who had felt neglected and marginalized. Although we have not agreed with all of the methods followed by his government, we have never doubted Hugo Chavez’s commitment to improving the lives of millions of his fellow countrymen.” 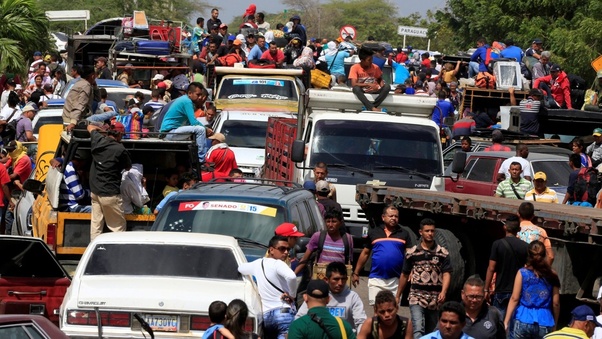